With the Covid-19 pandemic sweeping across the globe resulting in closure of  country borders and restrictions of big group gatherings and so on it is no surprise  that local nature parks and offshore islands such as Bukit Timah Hill and Pulau Ubin have been crowded with hikers and nature photographers - because leisure travel out of the country is not possible for now!

Pulau Ubin's is ideal for any stray butterflies coming from the north to take a break in. As such Ubin has always been an important location for  photographing special or rare butterfly species. Indeed, Nparks has revealed that new fauna has been discovered in the island.
Since June this year,  I have visited Ubin a few times. Here, I would showcase some of my encounters here.

The Acacia Blue (Surendra vivarna amisena) was found on a beach area while I was there to look for a rare lycanid. 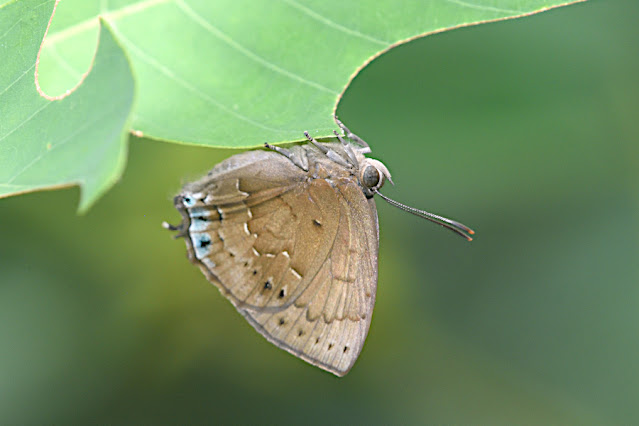 The Bamboo Tree Brown (Lethe europa malaya) is a skittish shade-loving butterfly, preferring to stay on the ground level and blending well with the undergrowth. Occasionally, it may rest on a foliage and provided us a chance to spot it easily. 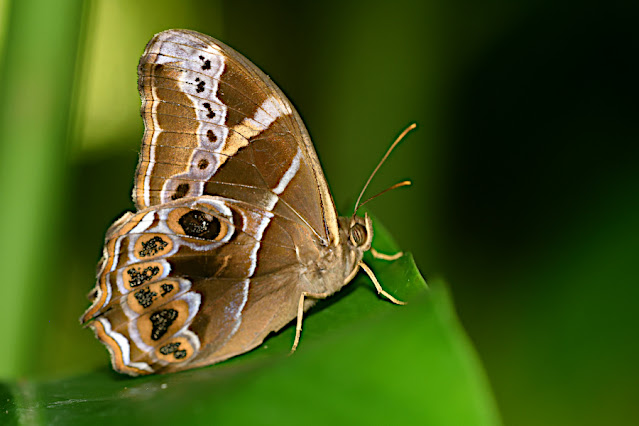 CA and a small group of ButterflyCircle members spotted the Swine Tiger (Danaus affinis malayanus) on 29 Aug on Butterfly Hill.  The next day, I was there. Shortly after 9 am this Orange Gull (Cepora iudith malaya) greeted me but just for a few minutes before it disappeared completely. 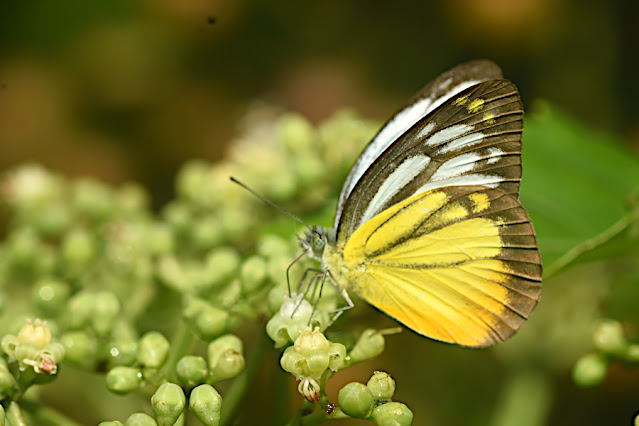 I was rather lucky to see and get a few shots of this new addition to Ubin's fauna, the Swine Tiger (Danaus affinis malayanus) after the Orange Gall left the hill (see here). 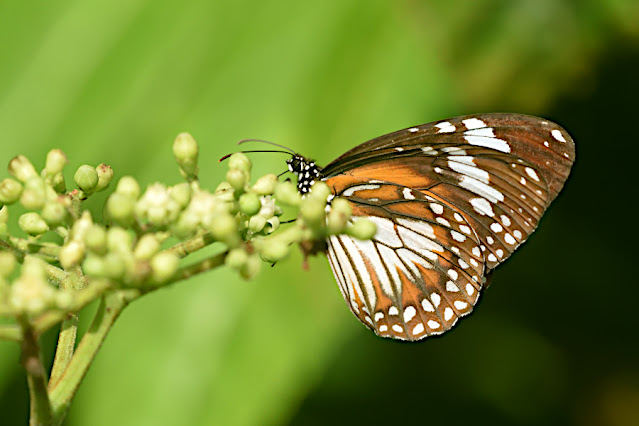 Though it didn't stay on the flowers for long, it preferred a high perch under the morning sun. 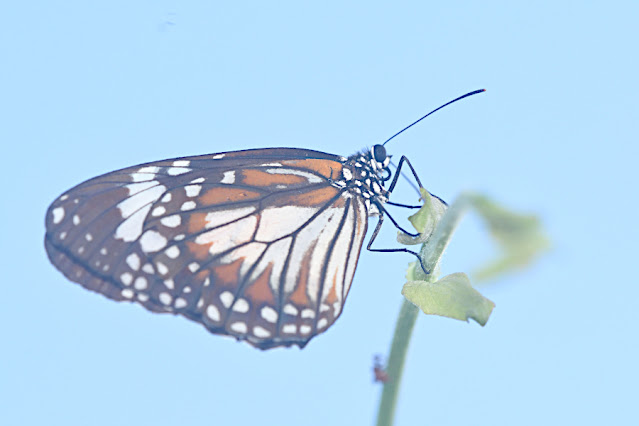 Very soon when it decided to change perch, I quickly snapped a few shots of its upperside wings while it was flapping. 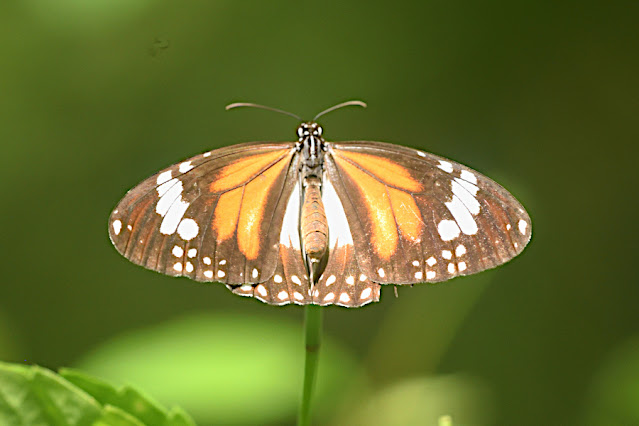 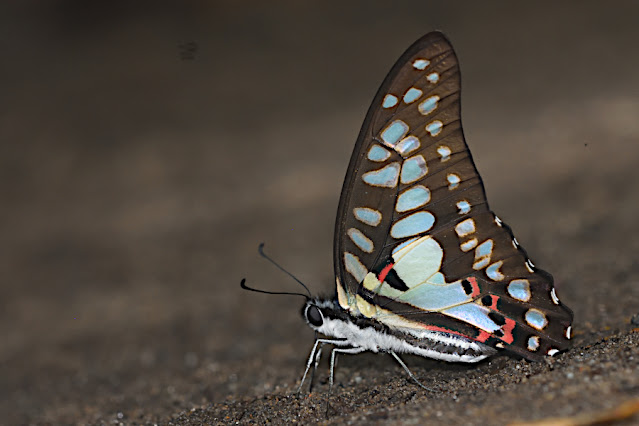 During the past two outings to Ubin, I was able to spot the Metallic Caerulean
(Jamides alecto ageladas) 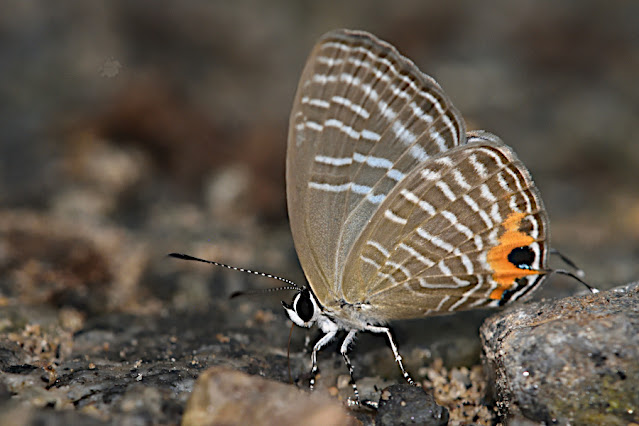 Skippers are common in Ubin. At a shady corner of Butterfly Hill, a few yellow skippers were flitting around. This is likely to be a male Pothanthus mingo. 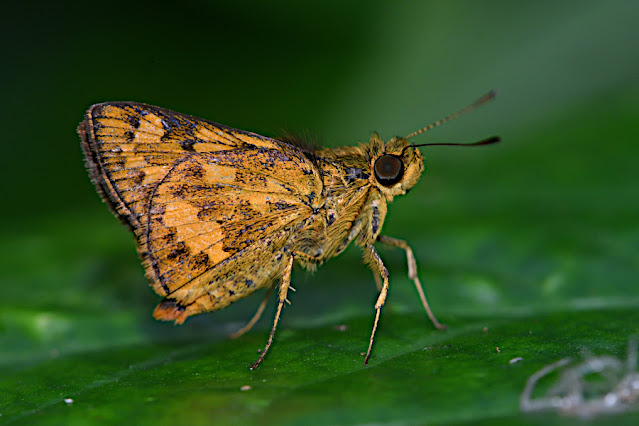 This is likely to be the Pale Palm Dart (Telicota augias augias), opening its wing partially. 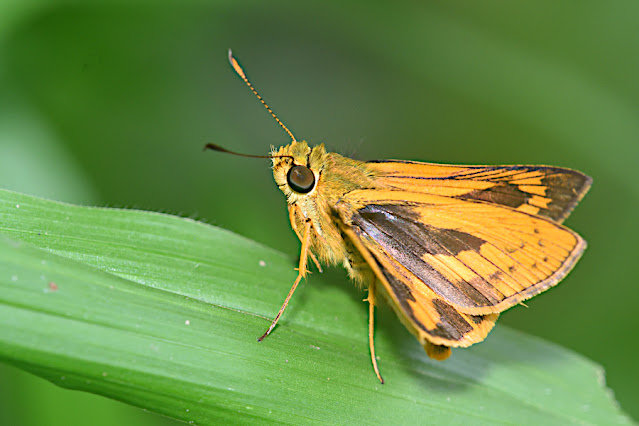 When it closed its wings, I quickly took a shot for the sake of identifying. 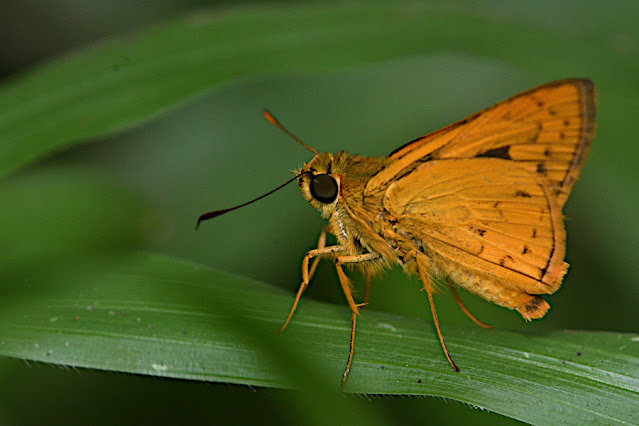