This newest 50-hectare nature park is located in the eastern side of the central catchment nature reserve, bounded between a stretch of Old Upper Thomson and Upper Thomson road. 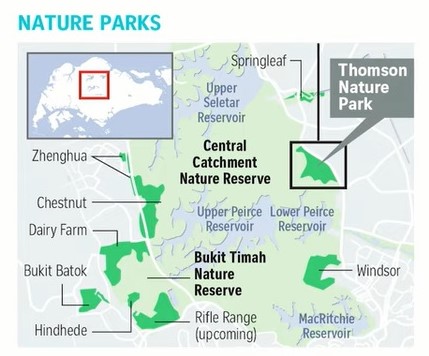 Source of image from : https://www.youtube.com/watch?v=So8174tEar8

This nature park is rather unique as it was conceptualized and developed on the site of an old Hainan Village. Here is a quick overview of the park produced by CNA which I downloaded from YouTube.


The park was officially open to the public on 11 Oct. Being a Hinanese myself, naturally I was curious to find out how an abandoned Hainan village was turned into a nature park -  so on a nice Sunday afternoon (13 Oct) I went alone to the park via the Old Upper Thomson Road.

The walking paths in the park were clearly demarcated with white ropes and most of the trails are gravel paths without many steps and steep slopes. 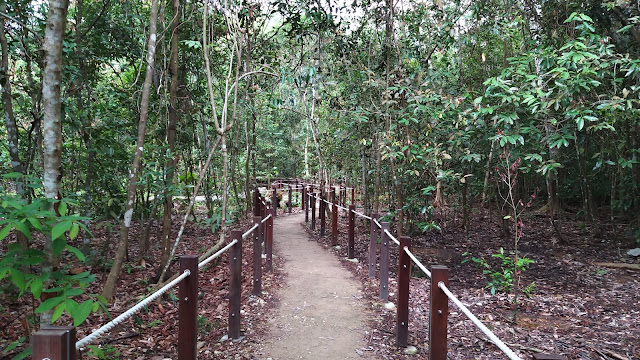 I noticed that there were many old and tall trees in this park. 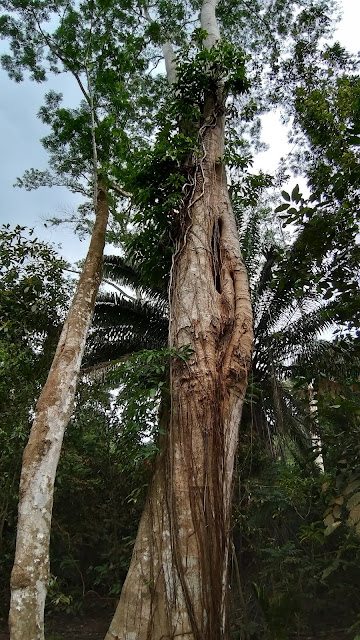 I guess that was an abandoned bee hive high up on the tree. 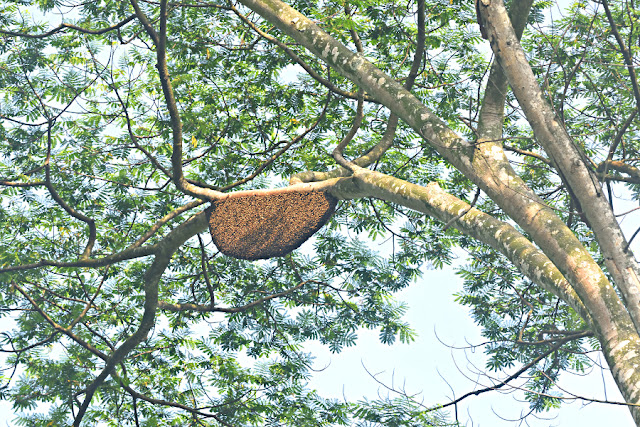 Well-illustrated information sign boards on various contents are placed along the trails. When I looked at this, I was hopping to see the Raffles' Banded Langur (Presbytis femoralis femoralis) again. 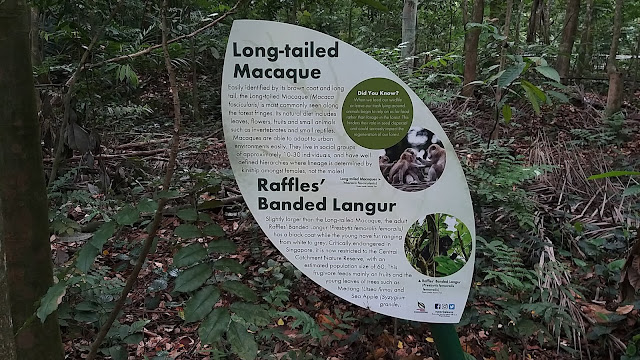 Indeed I was rather lucky to spot a family of  four Raffles' Banded Langur (2 adults and 2 juveniles), seemingly high up on a reubutan tree on 20 Oct morning when I visited the park again. Though it was my second sighting of this endangered species in SG, but these were my first record shots of them ! ( should have used my HP to take video!) 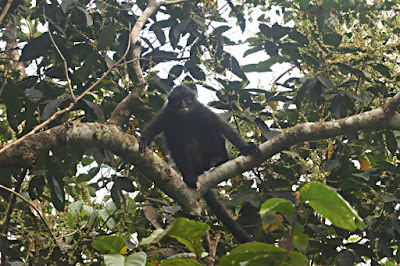 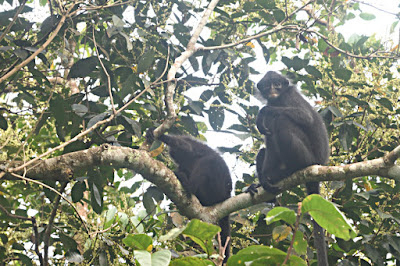 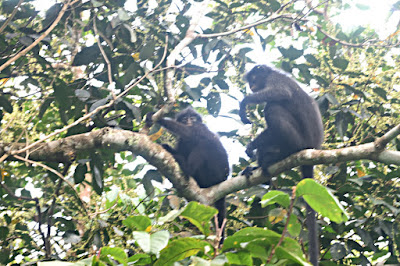 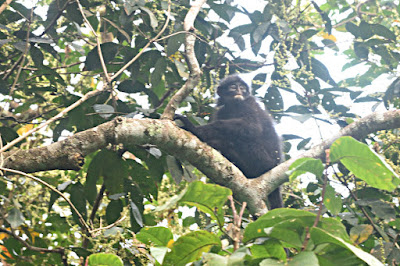 Two smaller individuals in size (may be juveniles?) were seen following behind at lower branches but I didn't have a clear view to snap some shots. Read here for more information about this rare primate.


The ruins of houses, brick walls and the information signages provide us with some idea about the life in the village before 1980. 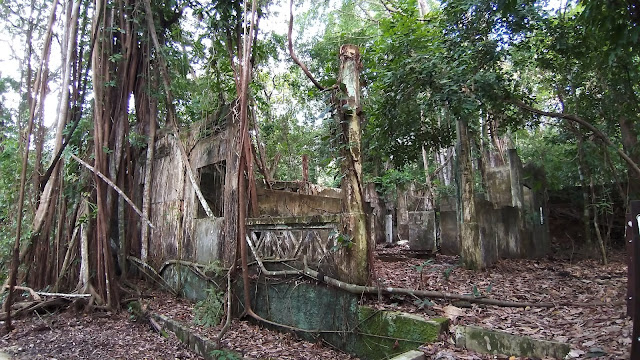 One of the significant historical elements of this nature park is the house and the ambutan garden of Mr Han Wei Toon. A large information poster (picture below) provides  me a good lesson about the life and work of Mr Han Wei Toon. 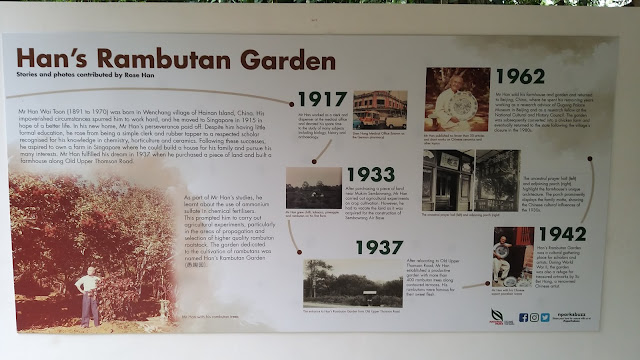 The small Hainan community in the village helped each other out and shared farming lands. 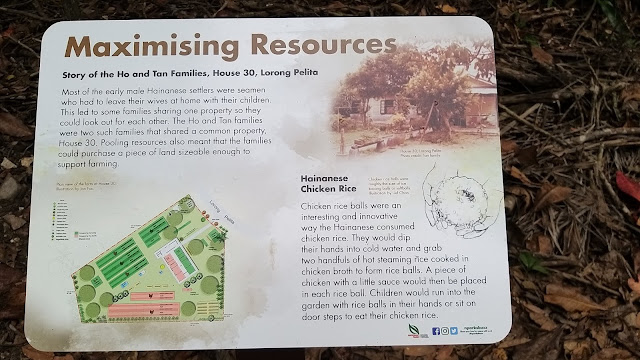 I was surprised to know that Caucasian also lived in this village - this was the site of the Fox's family. 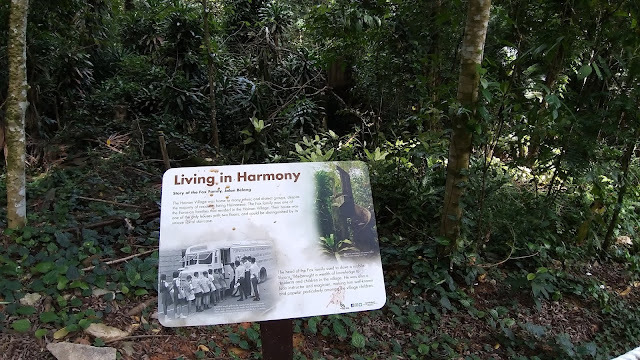 In those days, the village was accessible via two roads, Lorong Pelita and Jalan Belang. It is good to keep these two roads as walking paths in the garden. 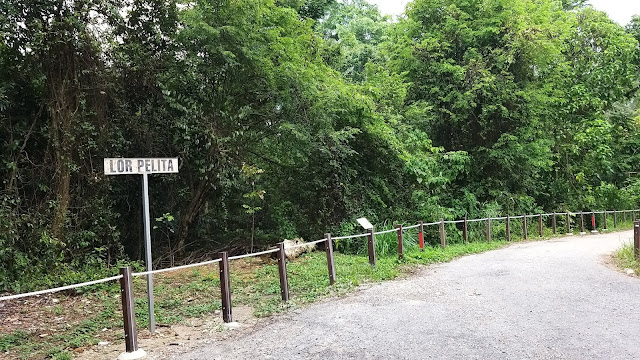 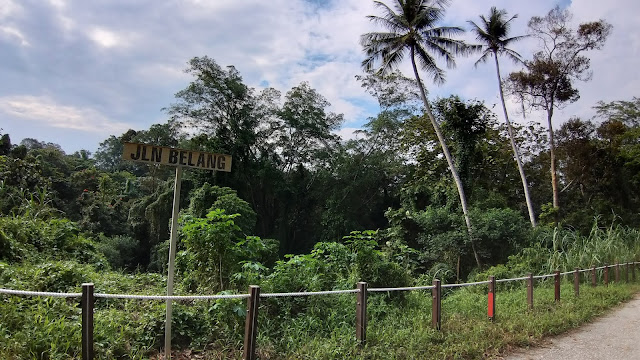 During my second visit, I paid attention to butterflies and other critters. My first shot of a butterfly species was this male Archduke (Lexias pardalis direteana), puddling on the ground with lots of leaf litter. 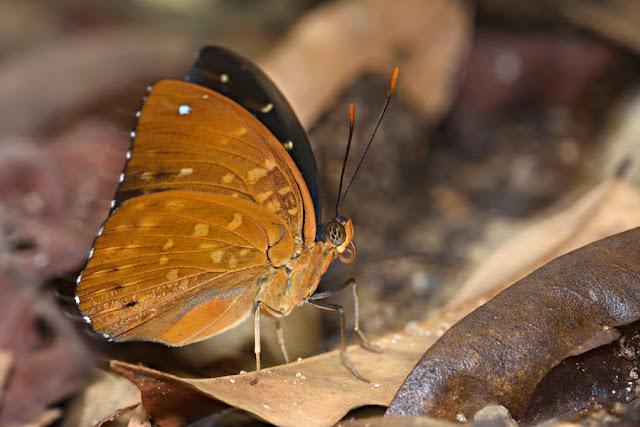 There were a few common lycaenids fluttering close to the gravel ground along the red-marked trail. Due to human traffic, I got to be patient and quick to snap a few shots - this is the Tailless Line Blue (Prosotas dubiosa lumpura) - a common species but good to know that the park does have some butterflies. 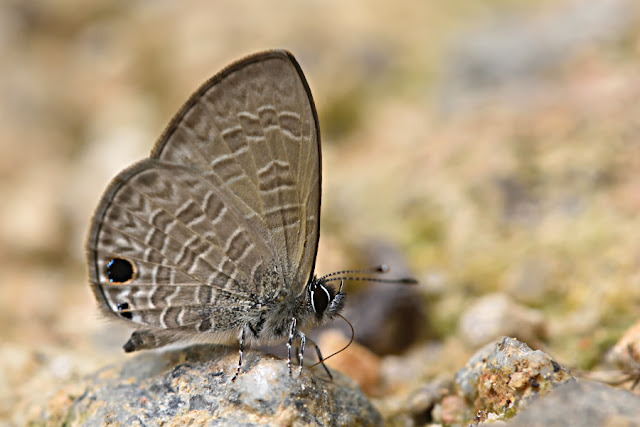 Its "cousin"  the Common Line Blue (Prosotas nora superdates) was around too. It disappeared so fast that I didn't have a second chance to take more shots. 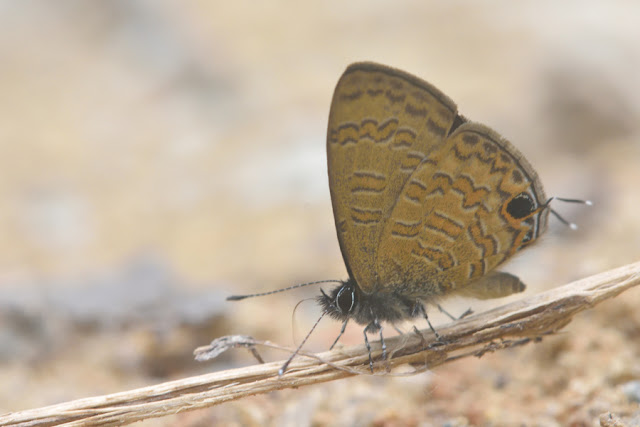 There was another look-alike lycaenid but slightly larger in size, I believed this is the Pointed Line Blue (Ionolyce helicon merguiana).

At another location along the "Red" trail, there was another lonely lycaenid - likely to be the Opaque Sixline Blue (Nacaduba beroe neon) 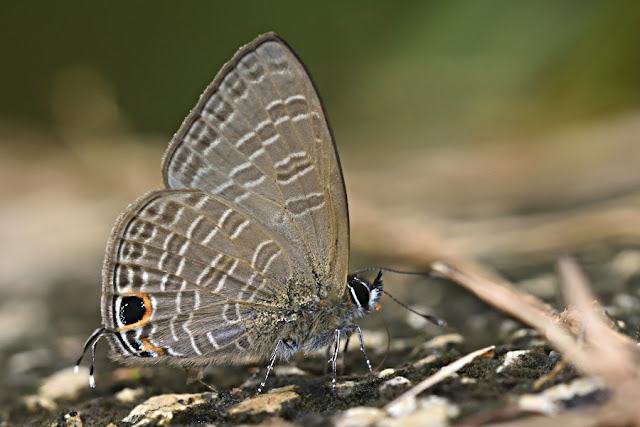 A Sunbeam was teasing me, zipping past me a few times and attempting to stop on sweaty shirt. But at last it preferred to hang around with the Blues. 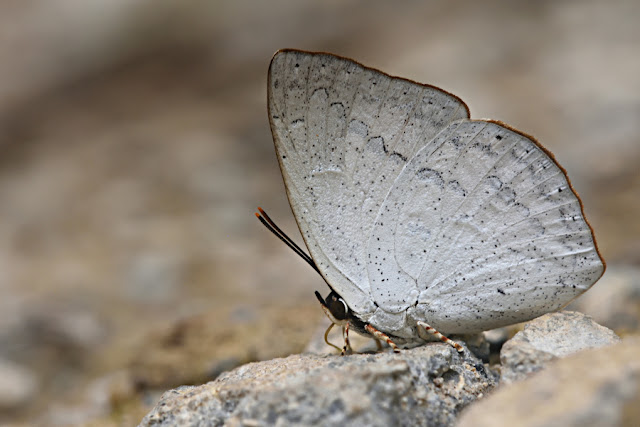 I covered almost every corner of the park and fortunate again to see a stinkhorn mushroom. It has been more than a decade since my last sighting in the wild. 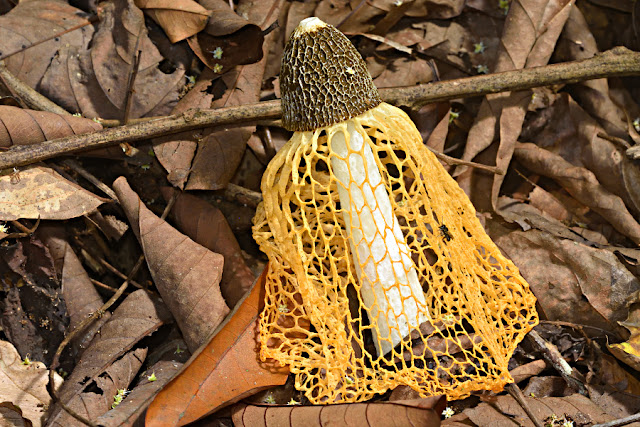 A cluster of wild mushrooms was found growing on a tree trunk. 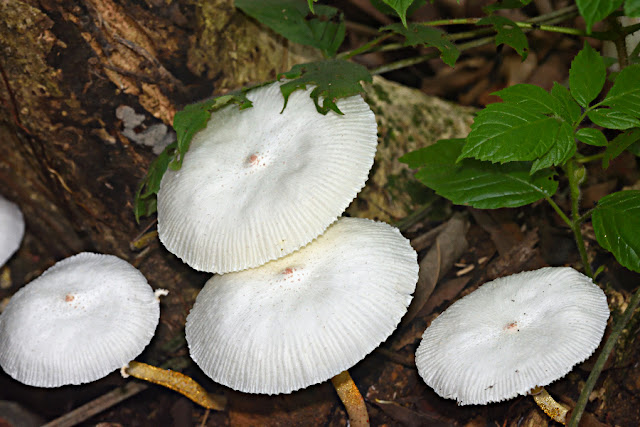