On a rather hot Saturday morning (24 March), partly inspired by Siyang’s post, I decided to visit the place where I used to spend hours hunting for critters.I alighted at the same LRT station – Kadaloor and walked the same path as I did before. I cut across a grass field next to a new golf-driving range. I could see many families, young and old people walking and cycling alongside the waterway. I didn’t join them. Instead I strolled along a patch of wasteland and was extremely delighted to see that a few trees and shrubs were kept intact – the Common Rhu (Casuarina equisetifolia ) and Lantana bushes are among a few other familiar trees that I could recognise.

The Tawny Coster (Acraea violae) butterfly was first discovered on this wasteland in 2006. I am glad to report that the species is doing fine there - at least a dozen of them was fluttering in the hot sun - thanks to the small patch of wasteland that provides them with sufficient host plants. 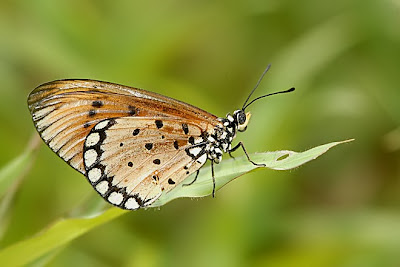 I spotted a few Pea Blues (Lampides boeticus) but they were too active and alert for me to take a good underside shot. However, I was lucky to spot a female sunbathing on a leaf near the bridge connecting Lorong Halus. Again, thanks to a small stretch of wasteland that allows its larval host plant, a crotalaria species thriving there. 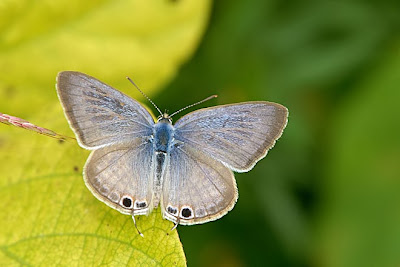 Many critters need a piece of grassland to survive. This is a Common Palm Dart (Telicota colon stinga) perching with wings open on the tip of a grass blade. 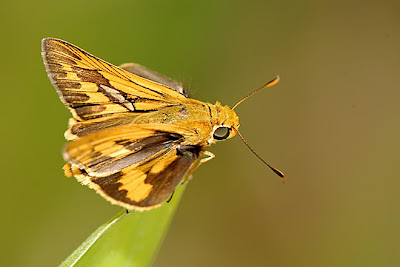 Now, it decided to close its wings and stay still for a few seconds. 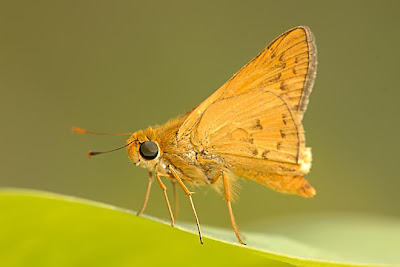 Of course, there are other skippers surviving on this stretch of wasteland. This is a Detached Dart (Potanthus trachala tytleri). 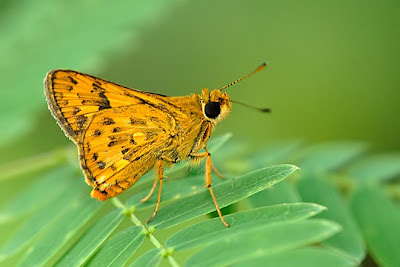 An intimate pair of Lesser Dart (Potanthus Omaha Omaha) added to my excitement and the diversity of critters we can find in a wasteland. 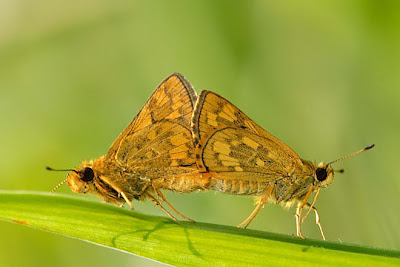 When I crossed over the bridge around noon, I realised that there was a celebration of the World Water Day at Lorong Halus. Though I didn’t witness the event, I could see that many students were  supporting their friends who where showcasing and explaining their projects. 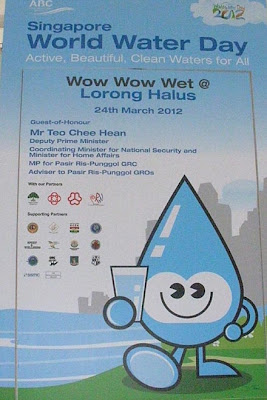 To wrap up this post, I would like to show a beautiful damselfly taken at a pond near the entrance to the Lorong Halus Wetland Park. 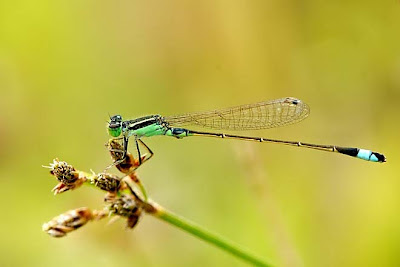 HDB and Nparks did the right thing by keeping some pockets of  the wasteland habitat wild and intact. Not only would a small stretch of wasteland create a natural and rustic environment that balances the man-made Waterway Park, it would also benefit the overall biodiversity of the park in the long run.
I will definitely visit the park again to look out for more.
Posted by Federick Ho at 12:24 AM