After a very heavy rain on the 31 March morning, I met up with Mr Yano again at Lower Peirce Reservoir for a late morning outing. After a quick bite at the parata shop, we took a leisure walk along the Old Upper Thomson Road towards Upper Peirce Reservoir. Very few cars and cyclists passed us by on a wet and cool morning. So it was not surprise that my only shot along the road was this Dark Brand Bush Brown (Mycalesis minuus macromalayana). (Note :  Dr Seow from BC has identified it as a Long Brand Bush Brown (Mycalesis visala phamis). 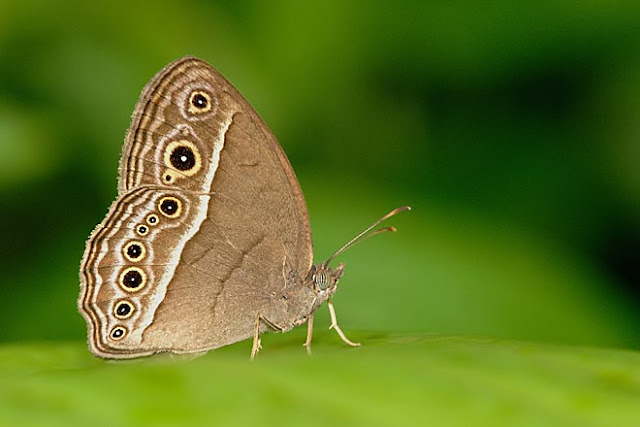 Finally we reached a quiet corner along the reservoir edge where we saw quite a few skippers zipping around. This Tree Flitter (Hyarotis adrastus praba) was one of them but it decided to rest for a while. 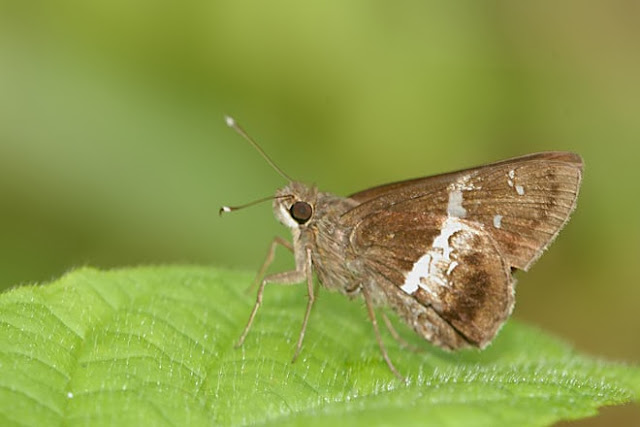 These two intimate Potanthus skippers (P. omaha omaha) remained at this mating position for a few minutes but due to the water-logged ground, I could not get closer to them. 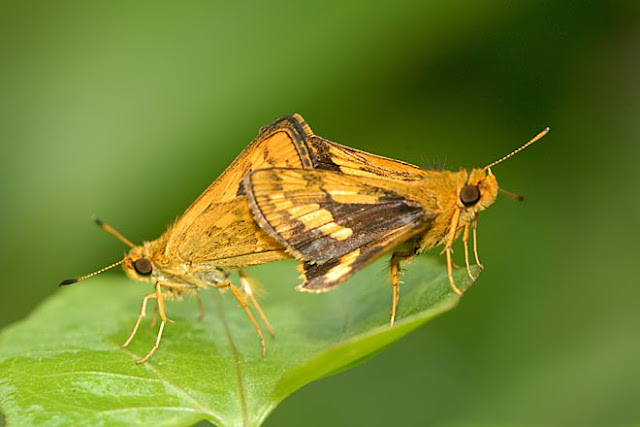 Here is another shot with a better view of the undersides. 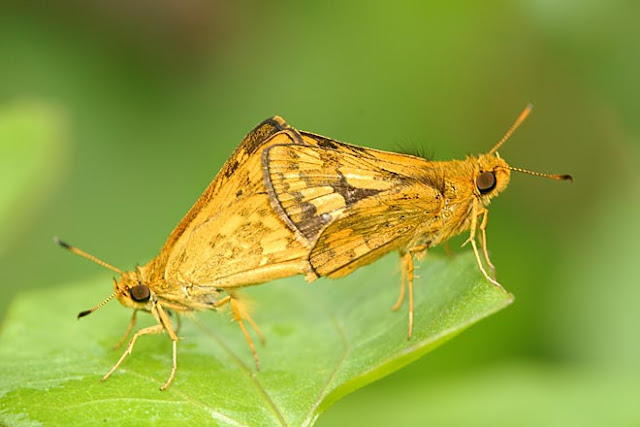 The uppersides of a Bush Brown (Mycalesis species) are not that attractive. 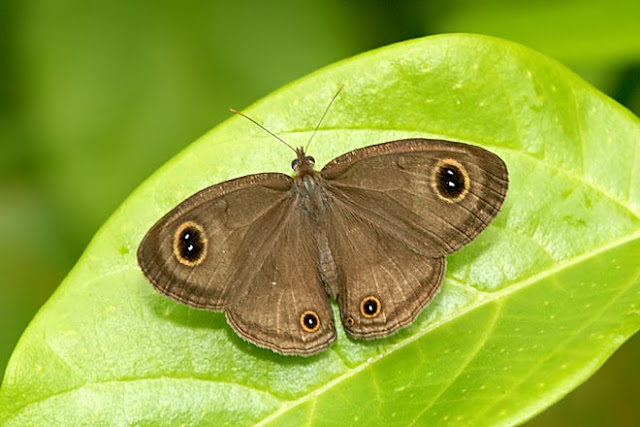 A rather alert and active Malayan Bush Brown (Mycalesis fusca fusca) didn't give me a second chance of getting a better shot. 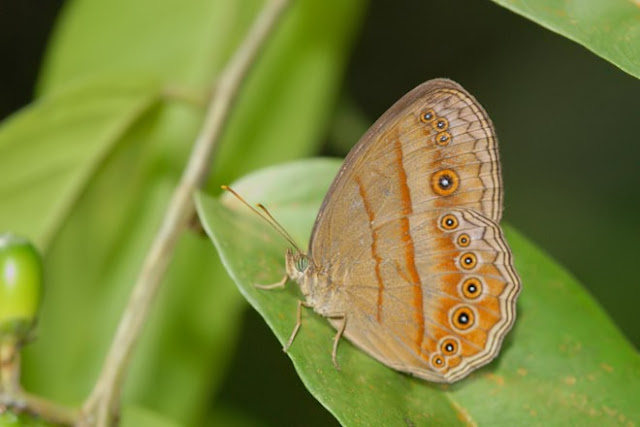 Finally, just before we reached the main road, I saw a strange-looking spider - what kind of spider is it ? 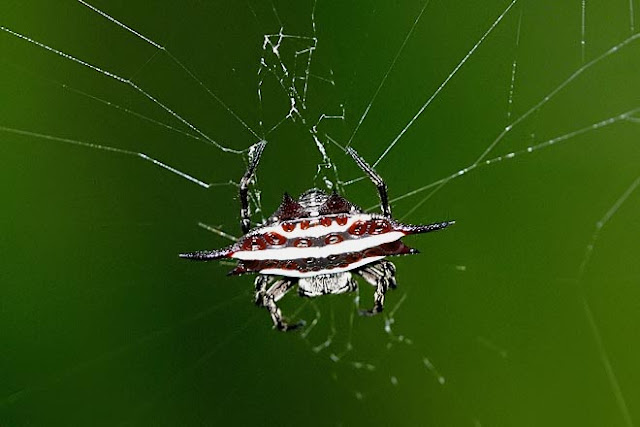 Though we didn't see and shoot many critters, we still enjoyed this long but easy walk in the forest.
Posted by Federick Ho at 10:54 PM