From Mandai to Bukit Panjang

Singapore's first Prime Minister and the founding father Mr Lee Kuan Yew (1923 - 2015）passed away peacefully in the hospital in the early morning on 23 March. The whole nation was deeply sadden by the loss of a great man and a national treasure.  During the week-long national mourning, more than a million Singaporeans had paid respects and tributes to him.


Thank you Mr Lee for what you had done for Singapore - your lifelong love for the country, your far-sighted visions for Singapore and the no-nonsense ways of doing the right things right had transformed this city state from a poor nation to an affluent first-world country within a decade.  In particular, thank you Mr Lee for masterminding and making Singapore a nation in a garden - the beauty of the greenery and nature, the clean and sparkling waterways in many parts of the island have made our living environments to be one of the best in the world.


No words can express the amount of my family's gratitude to Mr Lee. Born in a poor migrant's family, my siblings and I will not be what we are today without the HDB home-ownership scheme,  the education polices and the meritocracy principle that Mr Lee  upheld steadfastly.

Thank you Mr Lee, we will always remember you. 安息吧，李光耀先生, 我们敬爱的国父。


Let me continue with my account of an outing to Mandai Track 15 on a fine Saturday morning (7 March). Strolling slowly along the quiet biking trail, I could sense that many critters seemed to be still asleep and hiding somewhere out of my sight.

My first shot of the morning was this young male Blue Skimmer (Orthetrum luzonicum) dragonfly perching on a blade of lalang grass. 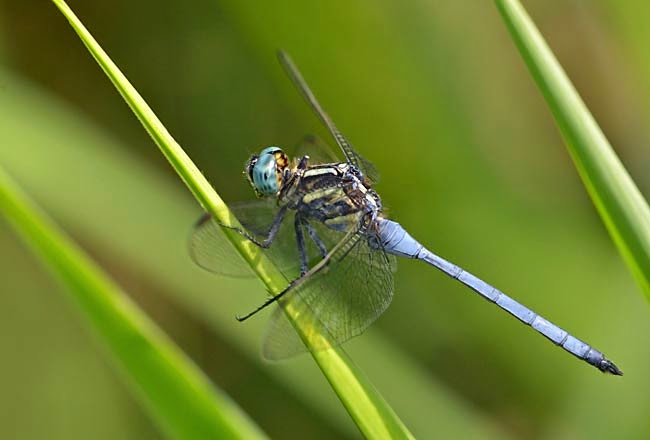 I had hiked from Bukit Panjang to Mandai several times without getting lost. However, this was my first time strolling in the opposite direction. Without referring to the GPS location, I made a wrong choice at one of the Y-junctions and ended up at a very peaceful and beautiful reservoir edge - a fruitful wrong turn however. Here, I was presented with a chance to snap some shots of a pristine small lycaenid - the Malayan (Megisba malaya sikkima). 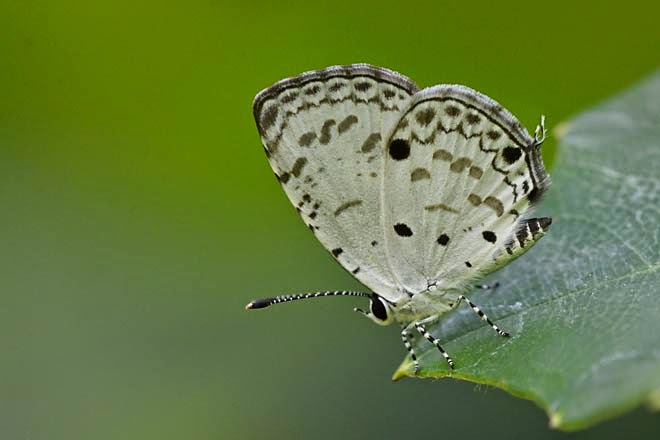 Along a stretch of concrete path running parallel to the expressway, there was a row of blooming Snakeweed (Stachytarpheta indica). A few skippers and butterflies were actively feeding on the flowers. I managed to snap a quick shot of a Chocolate Demon (Ancistroides nigrita maura). 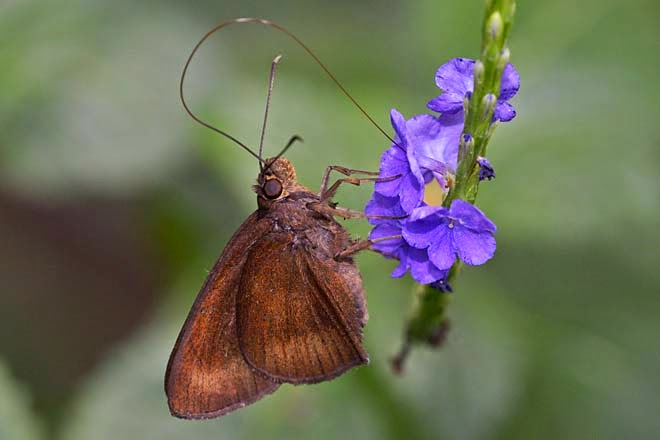 Another skipper, a Detached Dart (Potanthus trachala tytleri) was zipping around and feeding on the flowers. Never remaining still for a little longer, it tested my determination of getting a decent shot. 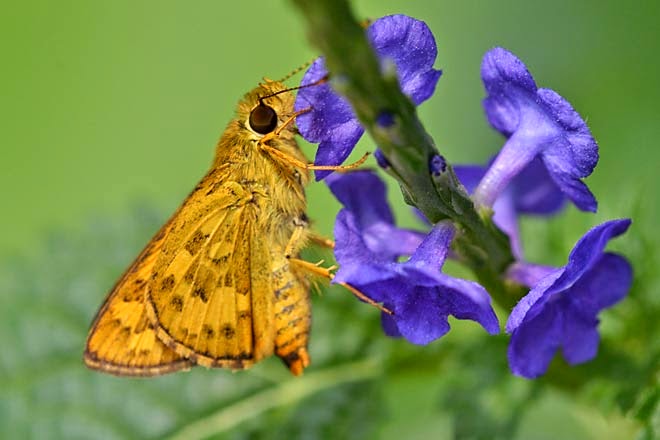 There were a lot of Painted Jezebels (Delias hyparete metarete) fluttering at treetop levels at a few locations along the trail. I decided to hang around there, hoping to get a chance shooting this pretty pierid. I was lucky to spot a male resting at a shady corner off the trail. 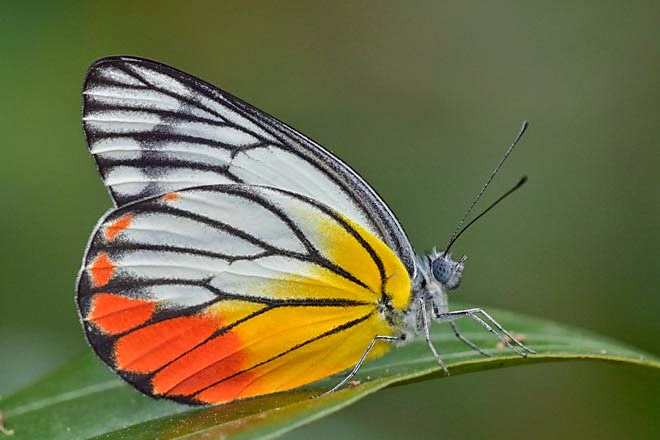 I will be featuring most of  my butterflies that I have photographed during the 7-day (15 - 21 March) Butterfly Expedition to Chiang Mai in the next couple of blog posts here.