Lornie Trail to the Ranger Station

On 4 Aug Mr Yano and I were scheduled to meet at Lornie Trail for an outing. I set off early and took a slow walk along the familiar forest trails towards the reservoir edge.

At the exercise corner, a skittish Suffused Flash (Rapala suffusa barthema) attracted my attention. I was lucky enough to take a shot before it scooted off at a high speed to the canopy . 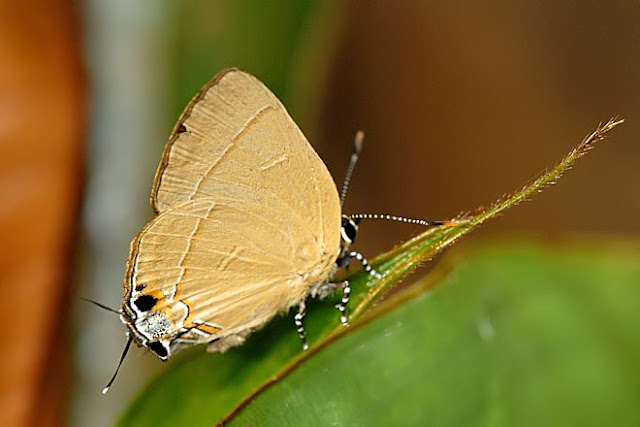 As usual, I could see some common skippers feeding on the flowers of  Leea indica  at one particular location. This is a Yellow Veined Lancer (Pyroneura latoia latoia), a very common forest skipper that seems to like these tiny flowers very much. 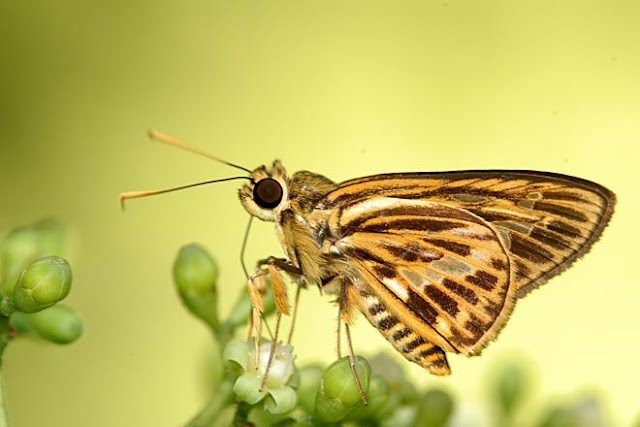 A slight turn of the camera produced a different background. 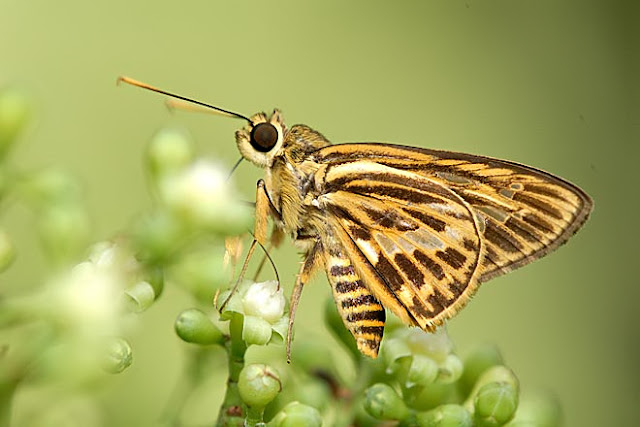 Another common skipper is the Chestnet Bob ( Lambrix salsala salsala). Apart from wild flowers, they  also love to visit the Leea indica shrubs. 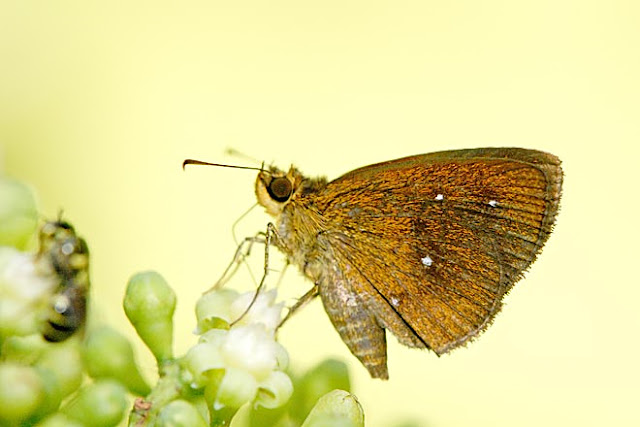 There were nothing special for me to stay longer at this spot so I moved on. At the reservoir edge where some Mile-a-Minutes flowers were growing but less abundant then before, I encountered a brown skipper displaying a familiar behaviour - opening its wings whenever it was on a perch. I am quite sure this is The Contiguous Swift (Polytremis lubricans lubricans). 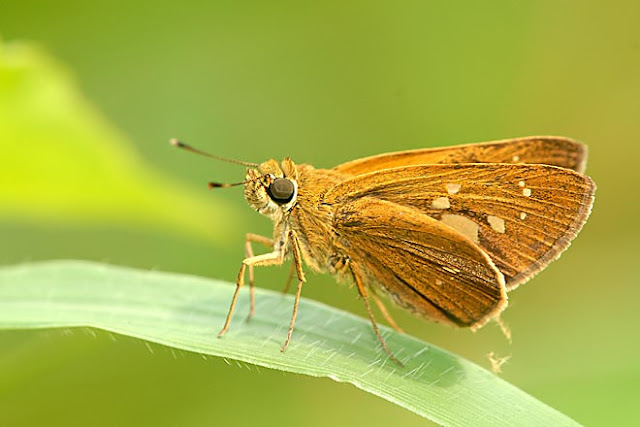 Here is an upperside shot. 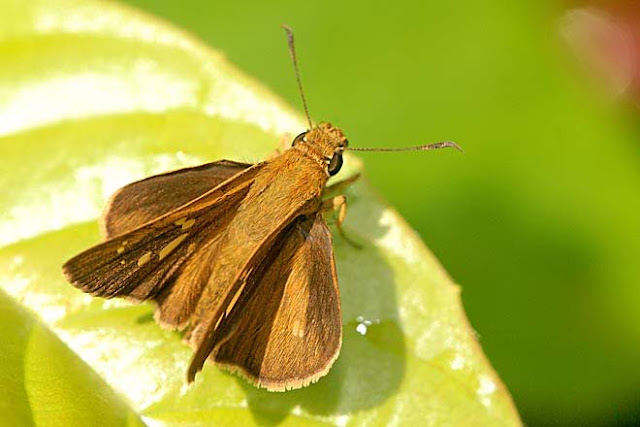 The Yellow Grass Dart (Taractrocera archias quinta)  is a very a small skipper which also likes to open the wings under the morning sun. 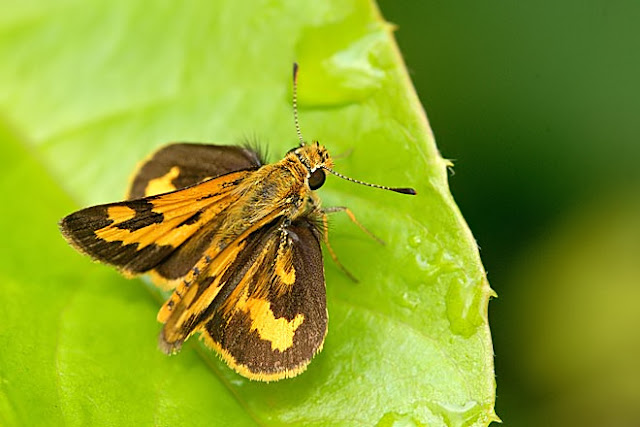 With a little patience, I finally took a shot of its undersides in a breeze. 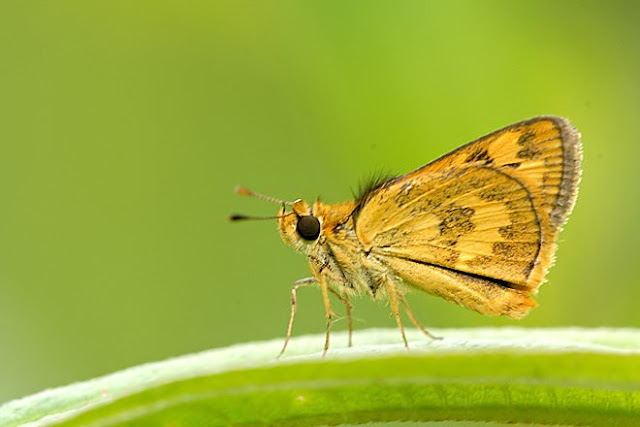 There were a few orange skippers zipping around and chasing each other. Any shot of  these skippers would add excitement as well as  confusion when I tried to figure out what it was. I guess this shot is a Lesser Dart (Potanthus omaha omaha ). 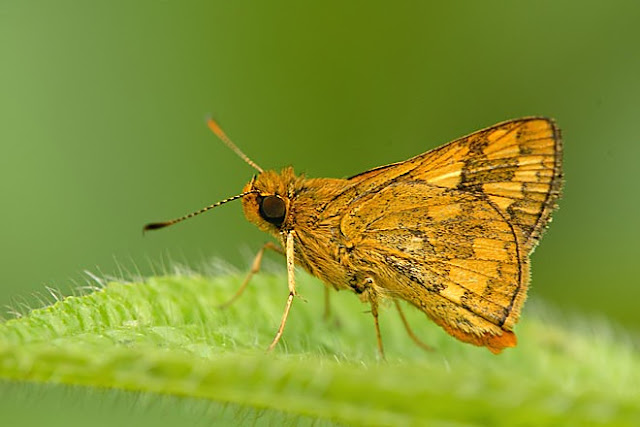 All these skippers love to show off their uppersides in the morning. 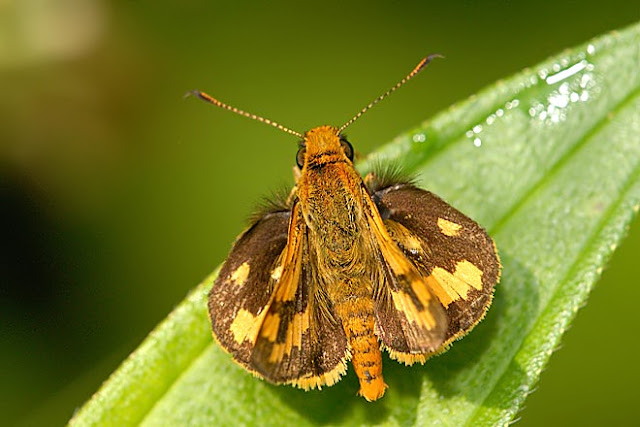 A Lynn spider was lurking nearby, waiting patiently to attack  its preys. 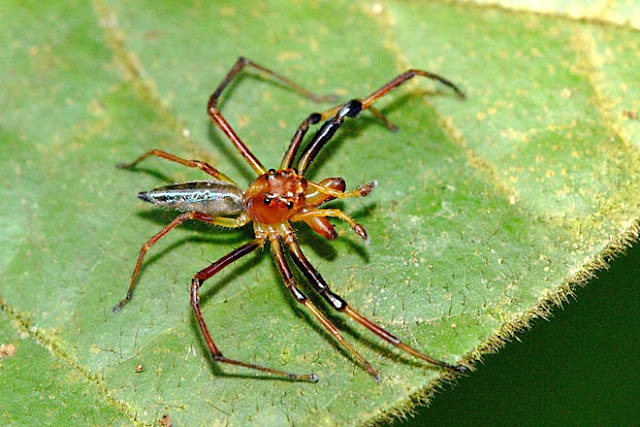 We spotted a few hyper active Rustics (Cupha erymanthis lotis)  along the Rifle Range Trail. One of them was displaying the ovipositing behaviour on its larval host plant, Flacourtia rukam but we could not find any egg. Instead, I found an early instar larva. 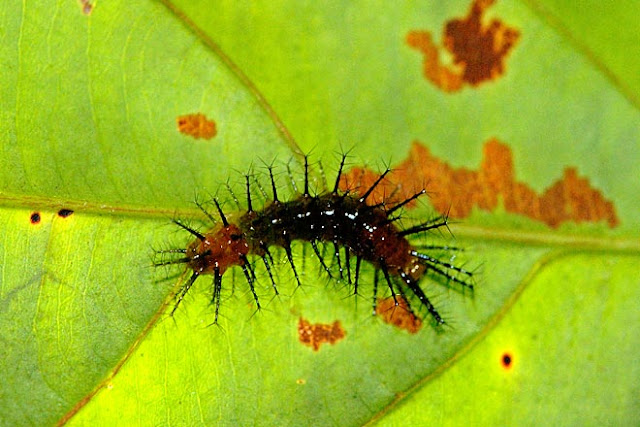 The number of species we saw and shot was not proportional to the distance we had covered. Nevertheless, we still enjoyed the walk and the company on a lovely Saturday morning.