A Long Hike Into The Forest

Upper Seletar Reservoir (USR) Park seemed to be the best butterfly-hunting location during the past few weeks. So, on a nice Saturday morning, I was again looking out for critters and hoping for surprises along the forest trails.


A pair of mating flies (not sure what these flies are)  perched right in front of me but beneath a leaf while I was standing besides a grass patch outside the golf-driving range. 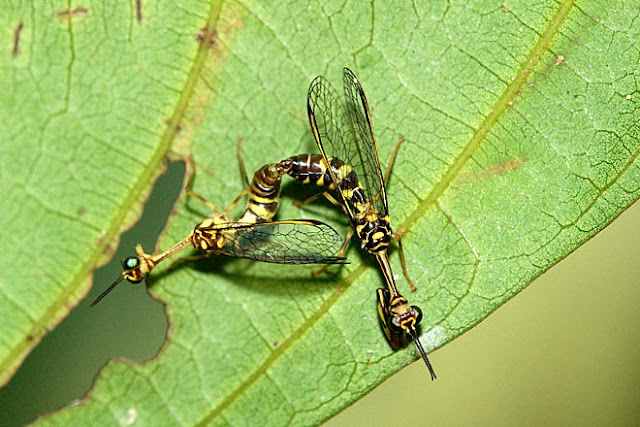 I noticed a a tiny black ant "sleeping" on a  flower stem of  a kind of grass. 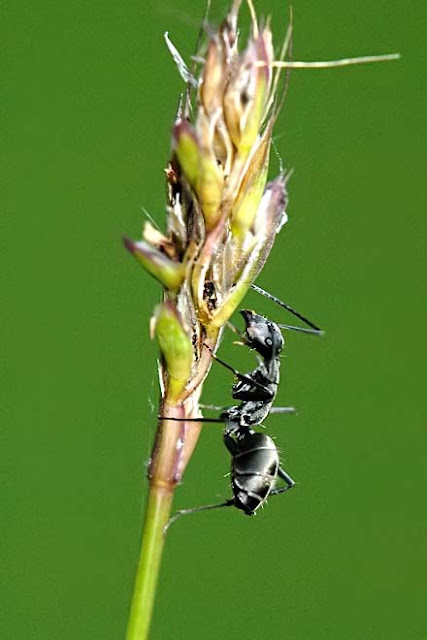 Usually, I seldom walk on the shady and  litter-filled trail besides the carpark nearest to the golf-driving range. For a change, I went in there. Strolling forward and chasing away some mosquitoes "attacking" me, I noticed  a female Archduke on the ground. A shot from far suggested it was a Yellow Archduke (Lexias canescens pardalina) - the rarest of the three Lexias species found here. 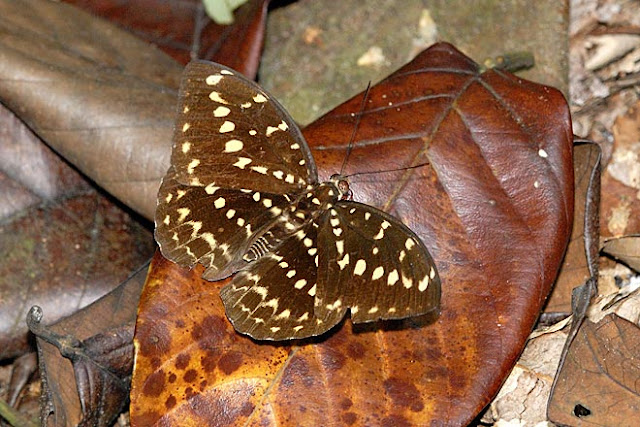 What a waste ! she was  always facing me and just too shy to stay longer for me to snap a better shot. 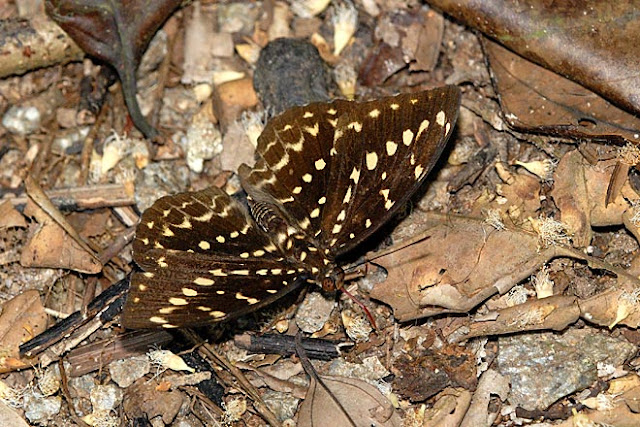 A male Black Tipped Archduke (Lexias dirtea merguia) flew past me at the ground level and landed on a dry leaf on a familiar trail I always explore. 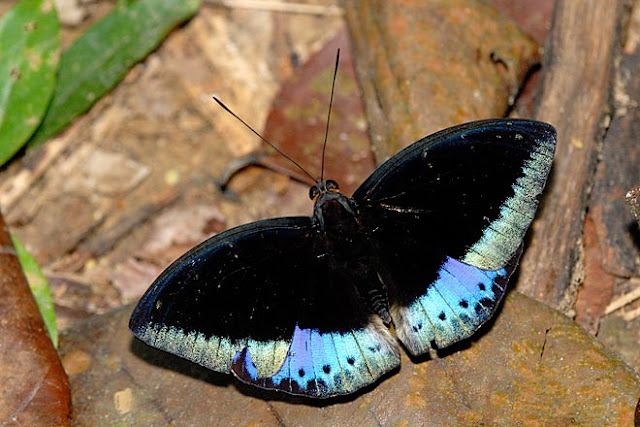 At a grass patch at my favourite spot,  I saw this brown skipper resting on a blade of grass. Except for the morning breeze, it behaved perfectly for me to get closer taking a few shots. Highly resembling the Small Branded Swift (Pelopidas mathias mathias) but without a cell spot on the underside hindwing, it looks like the Formosan Swift (Borbo cinnara). 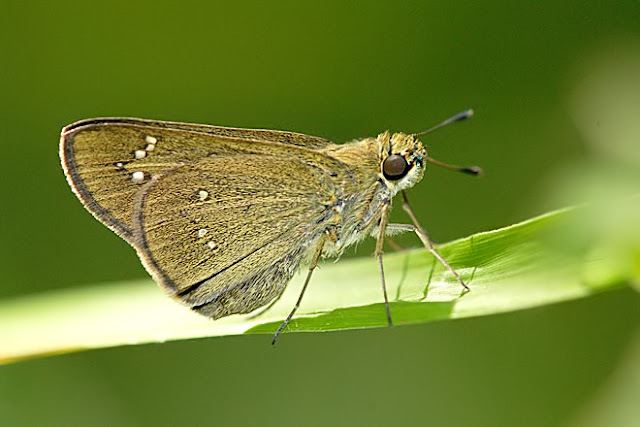 At the same vicinity, a male Palm Dart (Telicota augias augias) also rested on a leaf surface in a shady quiet corner. 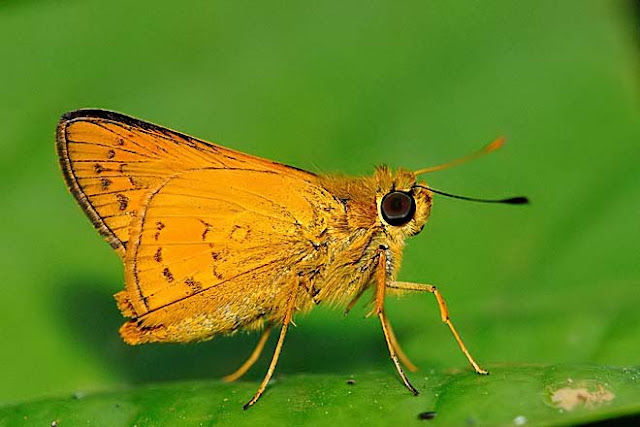 While waiting and searching at the Ixora bushes, I saw Simon and Yano, one after another moving towards my direction. At the round-about, we decided to venture deep into the forest. When this large red-eyed skipper perched , I instinctively squeezed off two shots. 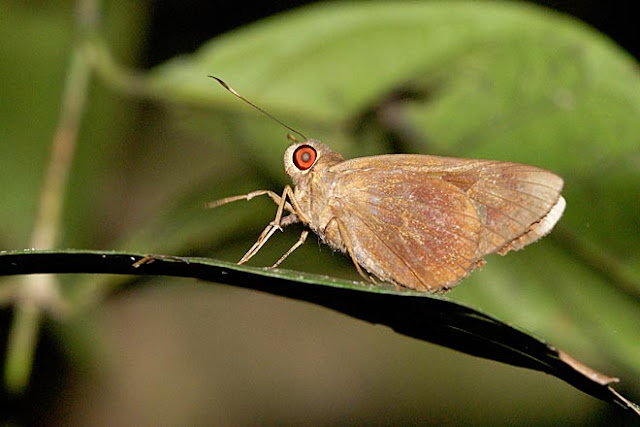 We continued to move forwards. A rather tame Sumatran Gem (Poritia sumatrae sumatrae) was waiting for us. 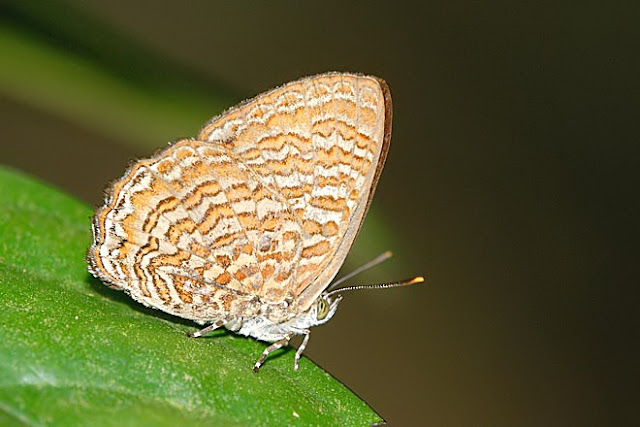 It just fluttered around the area and gave us a few more shots. 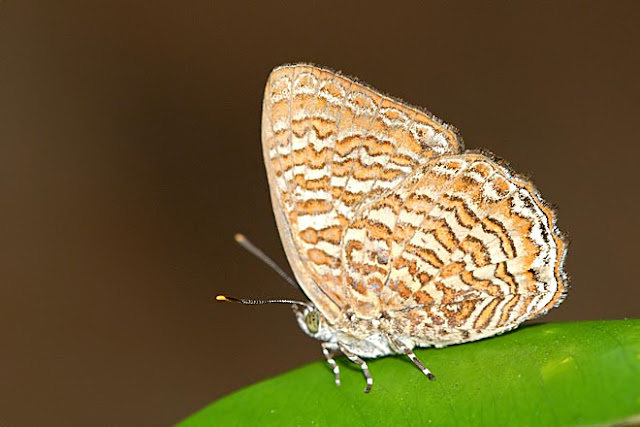 I observed that whenever it settled on a new perch, it would open its wings a few times. This is an  opportune shot of its upper sides. 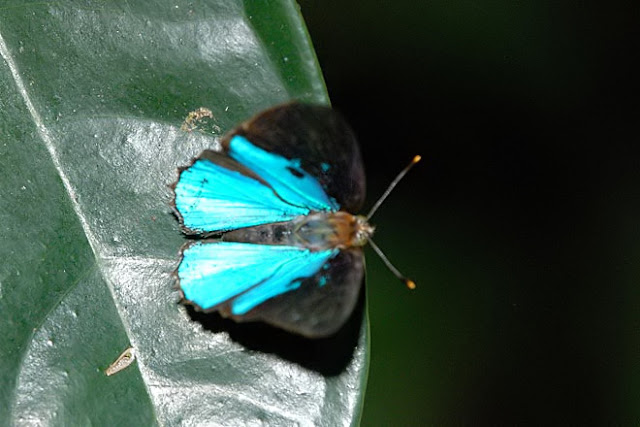 Deep in the forest, I spotted a few Dark Posies (Drupadia theda thesmia). This was shot at one of the highest points in the middle of the forest where another Yellow Archduke was seen too, 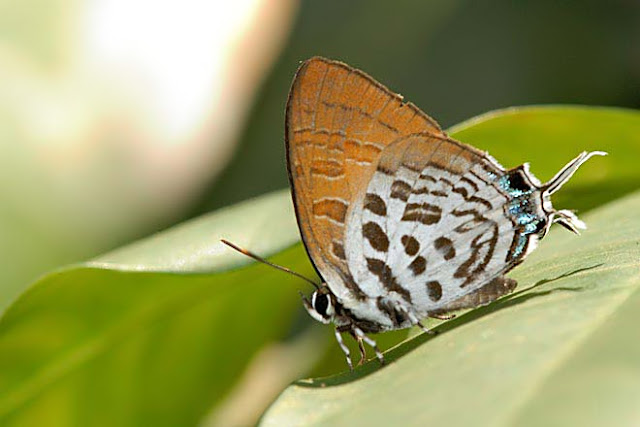 A skittish fellow found in the deep forest while we were on our way out,  the Shining Plushblue (Flos fulgida singhapura) is considered a  rare lycaenid. 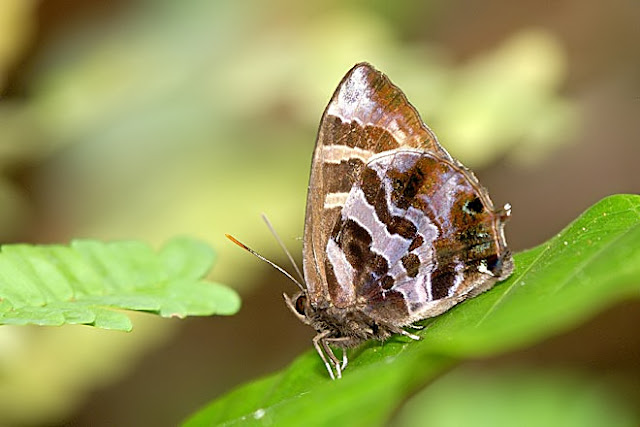 I was lucky to spot another Flos species, the Bifid Plushblue (Flos diardi capeta) found at the second trail when we came back there again. It disappeared completely after some shots. 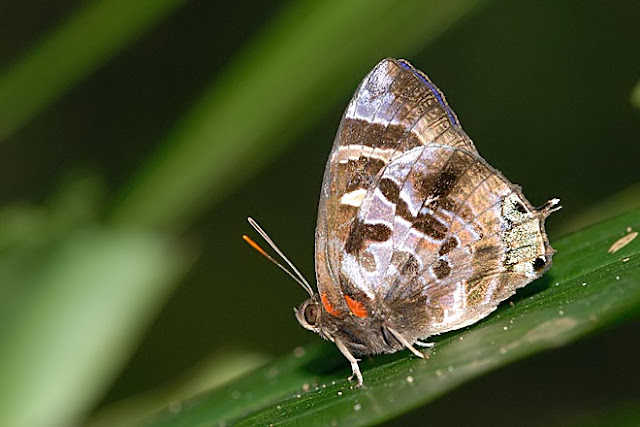 A long but exciting outing indeed.