When I didn't have a definite place for my weekend outing, I would hop on to the first bus arriving at the bus stop. On a fine Saturday morning (14 Jan) , I deliberately gave Upper Seletar Reservoir Park a miss and went further to Mandai area where the zoo is.
Except for a few cyclists passing by, this park connector was devoid of joggers and trekkers.

With this "red hot" squash bug to symbolise good luck in the Chinese culture and traditions, I wish everyone a healthy and prosperous Lunar New Year. Let's hope that the Year of the Dragon will bring peace and human well-being to every corner on Earth. 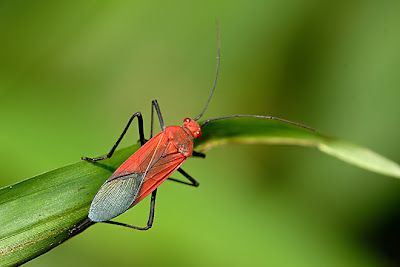 For a long period of time, I was just walking and searching for macro subjects - there weren't any things attractive enough for me to shoot until I came to a place where the blooms of the Bidens dominated my sight of view, even from far.
I could see at least five orange skippers feeding on the flowers at one time. I was spoilt for choice of shooting them. Let me begin with this relatively large skipper (compared to the rest featured below) the Besta Palm Dart (Telicota besta bina). 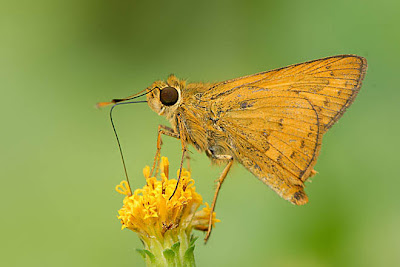 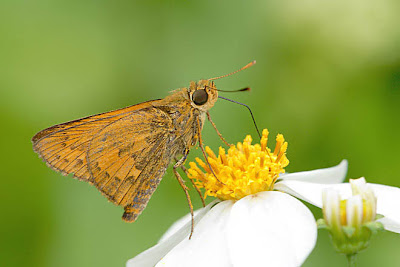 This is a rather "chubby-looking" Potanthus species - with its hindwing veins clearly not darken may suggest that it is a P. ganda. 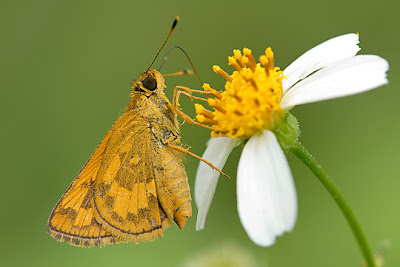 How about this ? It looks like a P. juno. I can see the dusted black markings on the hindwing are slightly different from that of the e P. ganda above. This Potanthus species is the biggest amongst those that I have shot - it looks like a Large Dart (Potanthus serina). 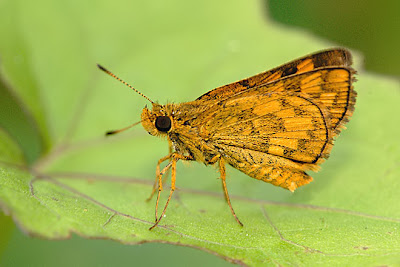 These orange skippers seemed to attract to each other's presence - they had the tendency to perch or feed and "dog-fight" at the same time.
One solitary Starry Bob (Iambrix stellifer) was feeding on some Leea indica flowers along a shady trail. Perhaps it could detact my presence, it begin to tease me with its wings open. 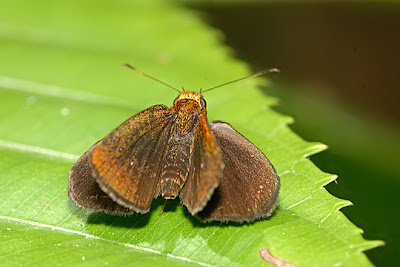 But it also became very alert and active. My patience paid off at last and I was fortunate to nailed a record shot. 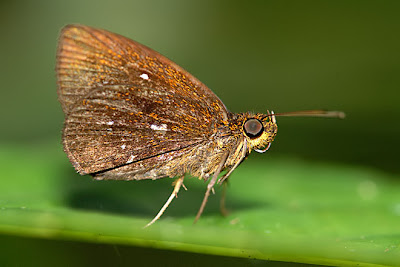 On my way out to the main road, this lonely and skittish Three Spot Grass Yellow (Eurema blanda snelleni) was seen puddling, With patience and a bit of luck, I managed to take a couple of quick shots. 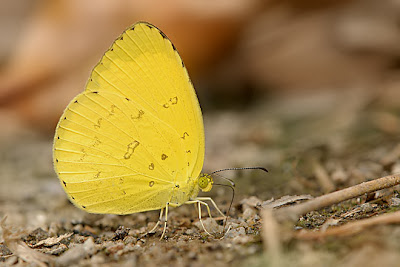 On the eve of the Lunar New Year, I wish all readers a healthy and fruitful year ahead.
Posted by Federick Ho at 9:20 PM