Apart from butterflies and moths at Bukit Brown (see here), I also noticed other critters.

Grasshoppers and crickets seemed abundant on this cemetery grounds which are covered with wild weeds and grasses. Before I entering the main gate, I saw this tiny and cute critter - it may be a nymph of a cricket. 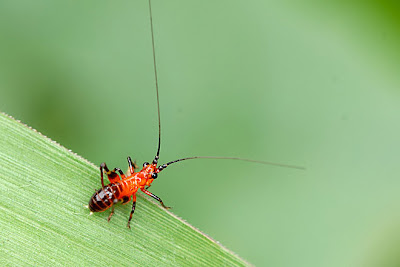 A slightly bigger one was found next to the tiny chap. Again, I am clueless about its identification. 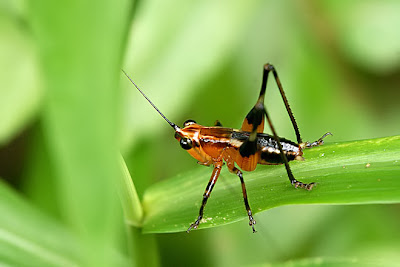 I have shot this brown and weired looking monkey grasshopper before along forest fringes. It has very short antennae, a pair of strong hind legs and a stout-looking body frame. It appeared to be munching a blade of grass when I took this shot. 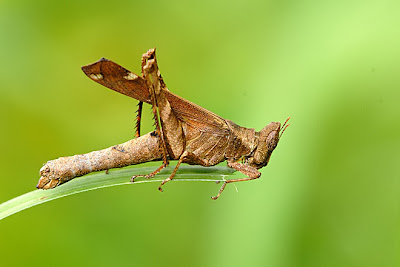 With a pair of long antennae, this shot looks like a kind of cricket. 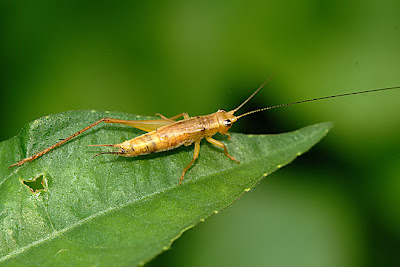 A huge katydid was found perching on a twig along a shady and mosquitoes-infested trail. Look at the the long and big hind legs, we can imagine how powerful its leaps can be. 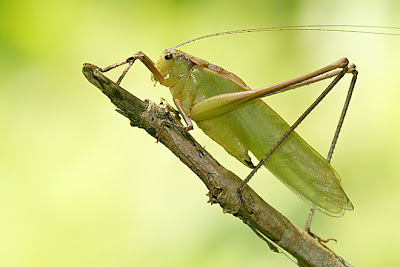 I suppose this is a kind of digger wasp with a slender yellow section of its abdomen. It appeared to look for preys on the muddy ground. 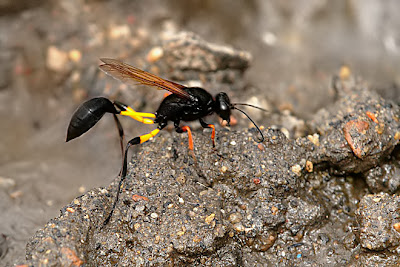 A St Andrew's Cross spider and its prey. 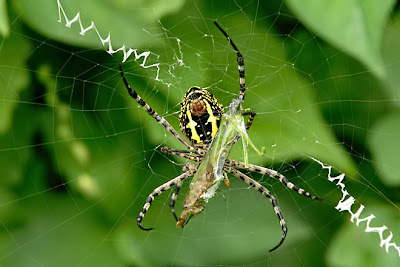 Another smaller St. Andrew Cross spider and its prey - look at how it crossed its eight legs to form a cross pattern. 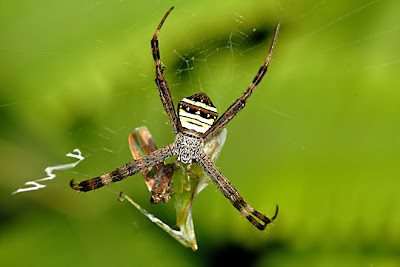 The iridescence of the wings of this particular assassin bug is quite nice. In fact, there were quite a number of them along a short-cut trail that joining two tarred roads. 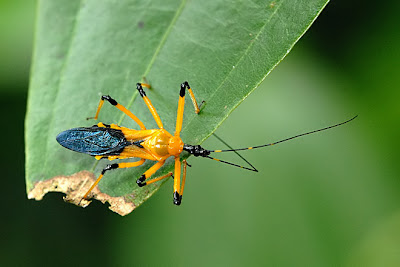 Is this the same species as the above. ? 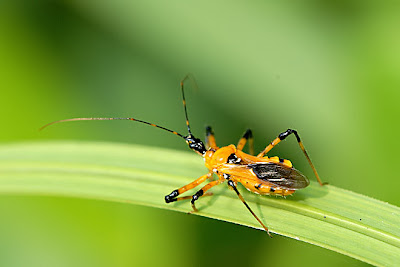 I don't know what this small fly is. It has a pair of short scissors-like antennae and the lovely colours on the wings are attractive enough for me to take a few shots. 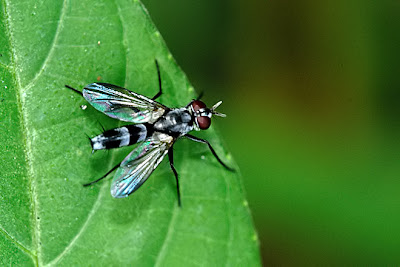 This is a common dragonfly - a male Orthetrum luzonicum basking in the sun. 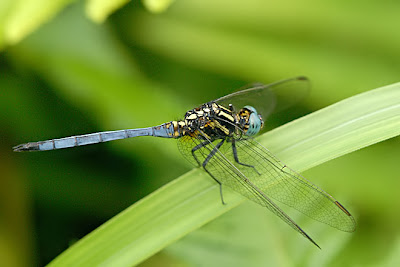 I suppose this is the female. 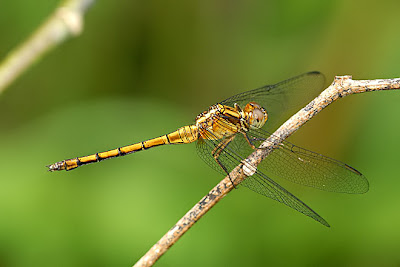 A cluster of large brown fungi was found on a decayed wood. 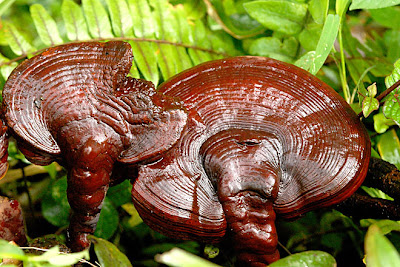 This is a kind of bracket fungus found next to the above brown fungi. 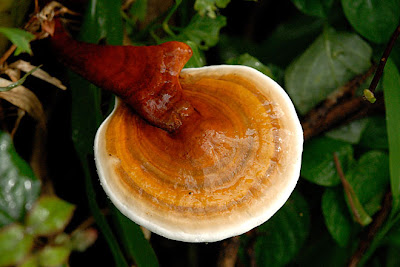 This small but colourful Ricaniid planthopper (Ricanula stigmatica) is rather common in wastelands and grasslands. 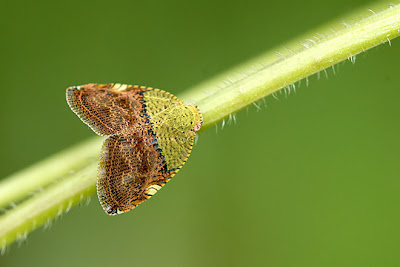 On a particular spot, there were many wild yellow flowers like this. Collectively, they looked distinctively beautiful, standing up-right in the green sea of foliage - no wonder this grasshopper was attracted to it. 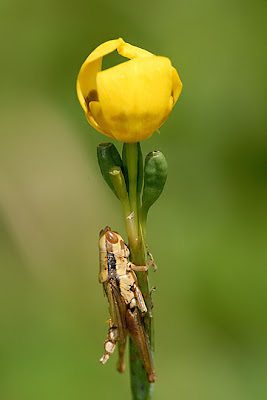 How can these attractive wild ginger flowers swaying in the wind escape a photographer's attention ? 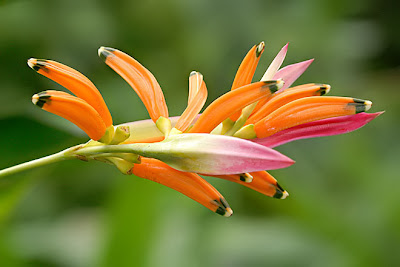 I am not a historian but I do feel that Bukit Brown is a very valuable and unique heritage site for our younger generations to reflect and learn from many of these pioneers who had contributed in one way or another to the early Chinese community. In addition, the epitaphs, the different kind of art forms found on the tombstones and the rituals are valuable records of our very early Chinese immigrants' culture. Let us keep and improve Bukit Brown for as long as we can - no matter how good a virtual object or replica is created, it can never be the same and as valuable as the real and authentic one.