I went to Lornie Trail (LT) again on a cool Saturday morning (29 Oct). Surprisingly, the species that I encountered were different from what I saw during my previous outing there (see previous post).
My first presentable shot was this orange skipper which tended to perch with an opening-wing posture. Looking at the upperside shot of this skipper, can you tell what species it is ? 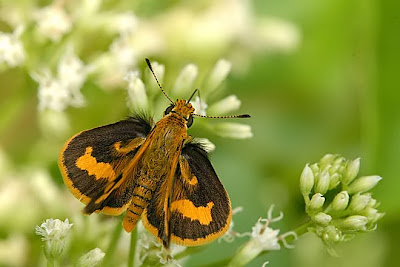 With this underside shot, I believe it is Taractrocera archias quinta, a small orange skipper with a relatively short and spoon-clubbed antennae. 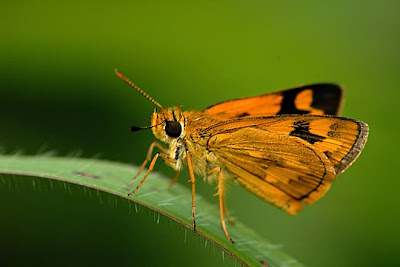 How about this skipper ? Can you see the subtle differences between the two upperside shots ? 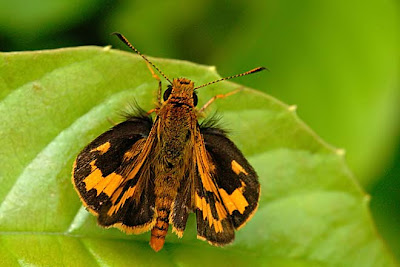 This is a common species Lesser Dart (Pothanthus omaha omaha) - one distinctive feature of this species is that the veins on both the hind and forewings are darken. 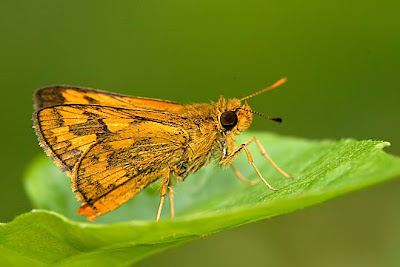 There were quite a number of them darting at high speeds and occasionally chasing each other. 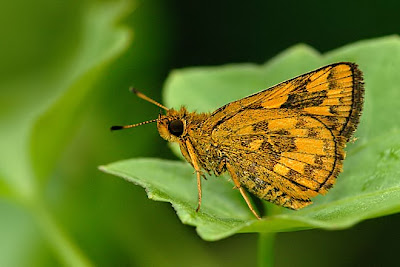 Here is another upperside shot of a brown skipper - I didn't have a chance to shoot its underside but I am quite confident that this is a Contiguous Swift (Polytremis lubricans lubricans). 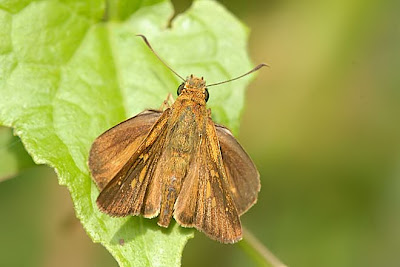 A solitary Ciliate Blue (Anthene emolus goberus) was found loitering around on the ferns. I remembered I was shooting this guy in a light drizzle. 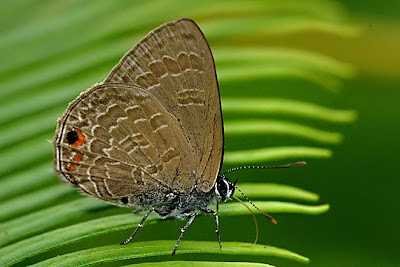 Saturn (Zeuxidia amethystus amethystus ) is a rather large forest butterfly which prefers to stay at the forest undergrowth, blending itself very well with the environment. I would not have noticed it if I had not walked past it puddling on some dried leaves next to a forest trail. It flew deeper into the forest and perched in a shade - of course, I didn't give up and was rewarded with this record shot. 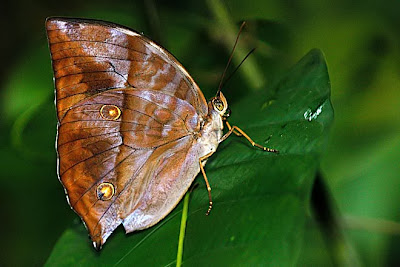 I noticed a colourful grasshopper hiding on a blade of grass while I was searching for interesting dragonflies along the reservoir edge. 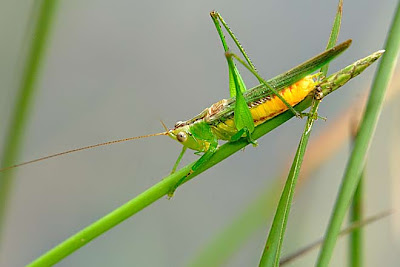 I guess this is a kind of soldier fly which I spotted it when I was on my way out. 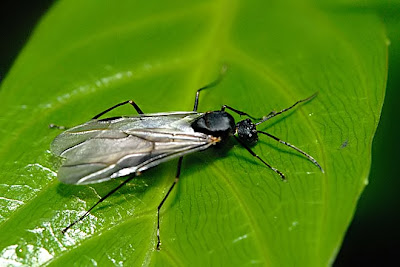 Though it was a short outing (about an hour), I was rather fortunate to be able to see and take a few pictures of our forest denizens on a rather cloudy Saturday morning.
Posted by Federick Ho at 8:21 PM