I went for a solo hiking trip to Pulau Ubin on a hot Saturday morning on 15 Oct. Perhaps it was still in the midst of the school examination period, there weren't many teenagers or kids visiting the island.

For a change, I turned right to the Sensory Trail once I came out from the jetty. This guy flew like a wasp. When it landed on a leaf surface, I approached closer and took a shot. On closer look, I think this is not a wasp perhaps it is a wasp mimic moth. 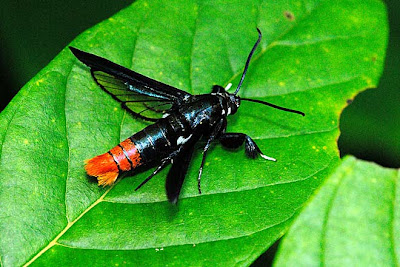 It was a quiet morning - very few cyclists and low insect activities along this trail. I noticed this white mushroom growing on the sandy beach. Not happy with this imperfect specimen, I searched around the area but I just could not find another better specimen. 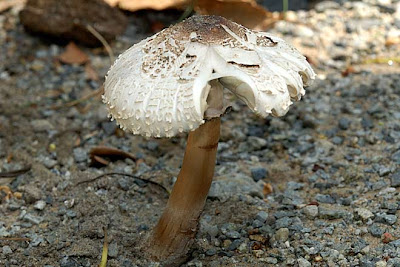 This skittish all-white lycaenid with red-banded legs is Smatran Sumbeam (Curetis saronis sumatrana) which can also be found in other mangrove areas such as Sungei Buloh. 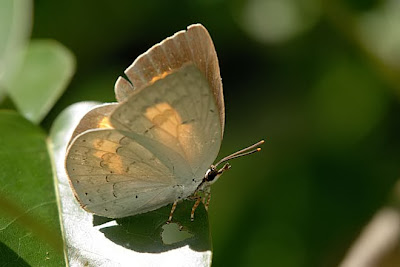 A lonely Club Siverline (Spindasis syama terana) was resting on a blade of Lalang grass. 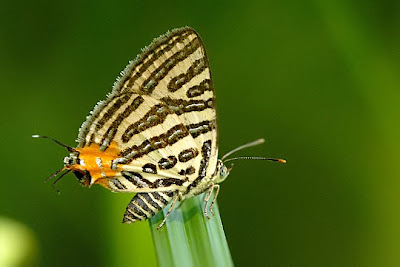 Finally, I reached the Butterfly Hill where the Pagoda flowers (Clerodendrum paniculatum) were in blooms. A female Great Mormon (Papilio memnon agenor) was seen feeding on the flowers. After a few "rapid firings" , this was the best I could get. 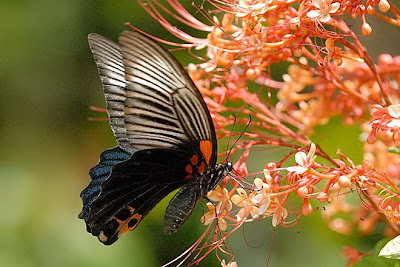 I am not sure what this black ant was trying to do but it was interesting enough for me to take a shot. 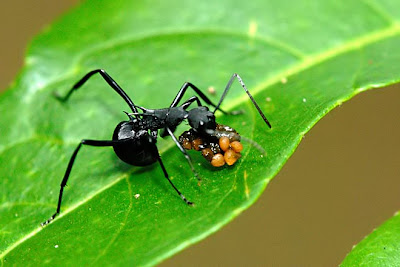 There weren't many butterflies on the Butterfly Hill. This orange skipper looks like a Telicota species which appeared and disappeared very quickly. 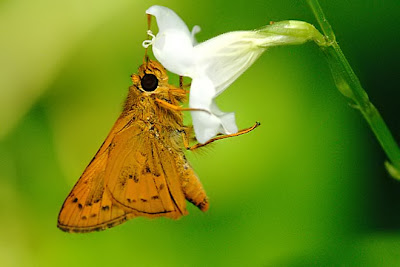 A Common Tiger (Danaus genutia genutia) was fluttering and feeding from flower to flower. Finally, it perched on a twig - a good chance for me to snap a few quick shots before it took off again. 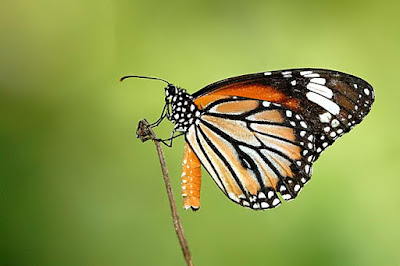 Ubin has become one of our tourist's attractions as I could see more and more foreigners exploring this serene and natural island. I hope Ubin remains as it is for as long as we can afford to.
Posted by Federick Ho at 8:46 PM