Jan 2013 was my last outing to Bukit Brown Cemetery before this large municipal Chinese cemetery ground was cordoned off for the construction of the Lornie Highway. Since the full completion of the highway in Apr 2019, I have not visited the place until early this month.

The roads around the area have been changed or diverted quite a bit so it took me awhile to find the old main entrance gate to the cemetery. 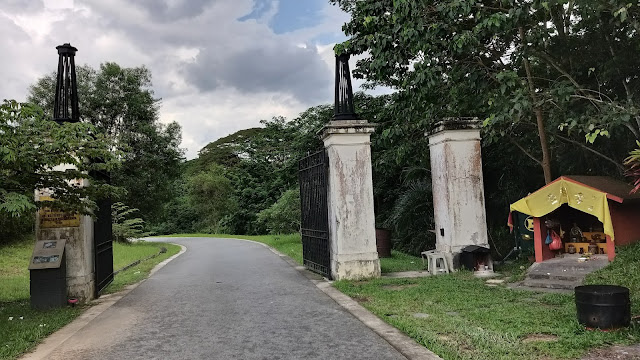 Not far from the main gate, information signage mounted on a makeshift wooden stand have been put up by the Singapore Heritage Society (SSS) with the support of the Ministry of National Development and the National Heritage Board. It is definitely educational and good to have these signage to educate the public about the history of the cemetery and the different cultural rituals or practices associated with tombs. 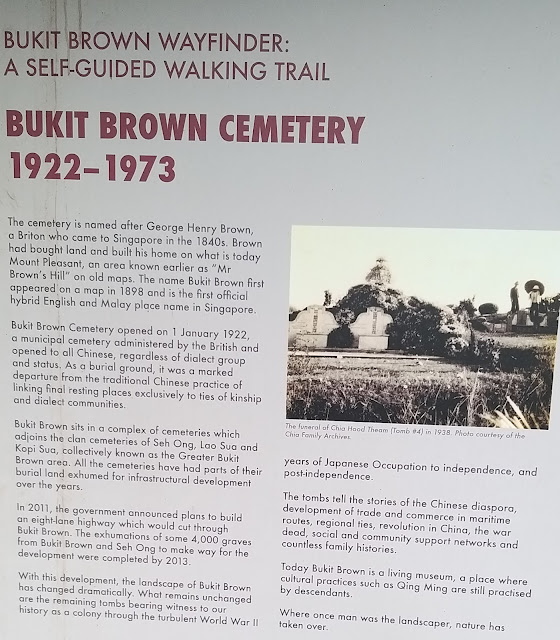 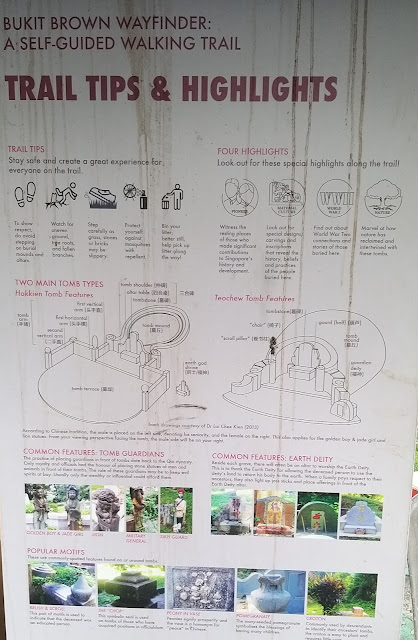 More information about the SHS's Wayfinder project which started in October 2017 of documenting and explaining some of the prominent or special tombs can be found here.
Indeed, the rich biodiversity attracted hikers and nature photographers to come here to look for rarities before the construction of the highway. 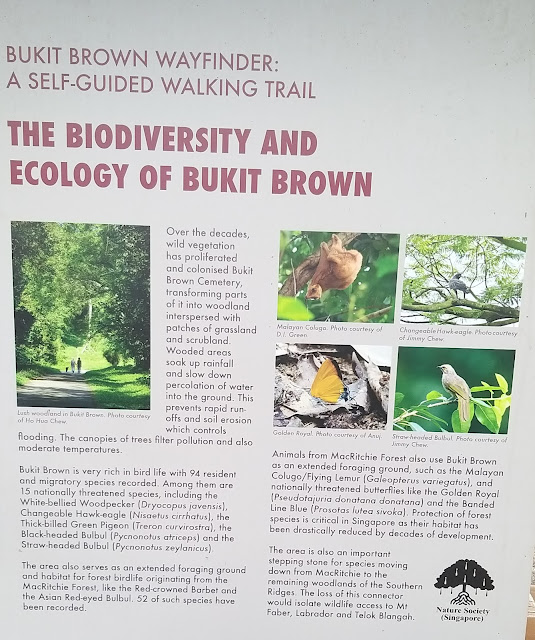 However, I was rather disappointed with the information presented above - it does not provide us a complete and accurate "picture". I think NSS should have also featured the Banded Line Blue (Prosotas lutea sivoca) as its larval host plant and the butterfly can still be found, as of today, at 3 different locations at Bukit Brown.(note: Golden Loyal and Banded Line Blue were spotted in the same year).
I was relieved and happy to see, though just one female ovipositing on the host plant (Acacia conccina) on 4 December. With the abundance of the host plants growing at the same site that I discovered this species about 8 years ago, I guess this tiny Blue has been surviving quite well all these years even during the construction period - thanks to the authority or whoever preserving the host plants there. 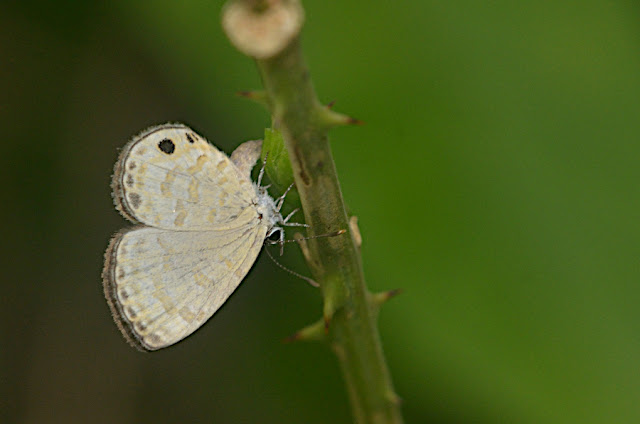 While searching and waiting for the BLB to appear, I spotted other butterflies visiting some Lantana flowers - they were a Tailed Jay (Graphium agamemnon agamemnon), a Plain Nawab (Polyura hebe plautus) and a Yamfly (Loxura atymnus fuconius).

These were the instinctive snap shots as they were just too fast and uncooperative. 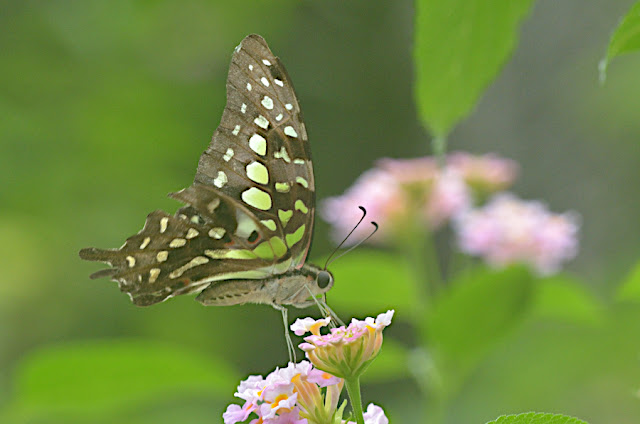 A long-distance shot of the Plain Nawab and the Yamfly. 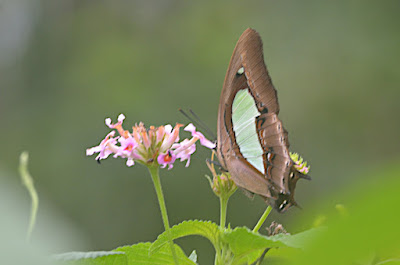 This Yamfly was very skittish - no chance of getting closer to it. 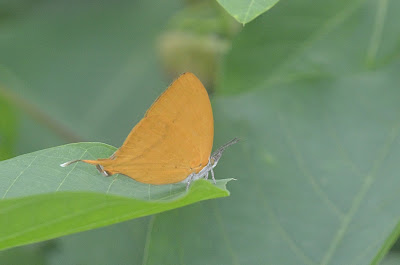 I noticed a small lycaenid fluttering at the ground level. Hoping that it could be the BLB, I decided to stalk and chase after it -  but it was a disappointment for me as it turned out to be the Common Line Blue (Prosotas nora superdates). 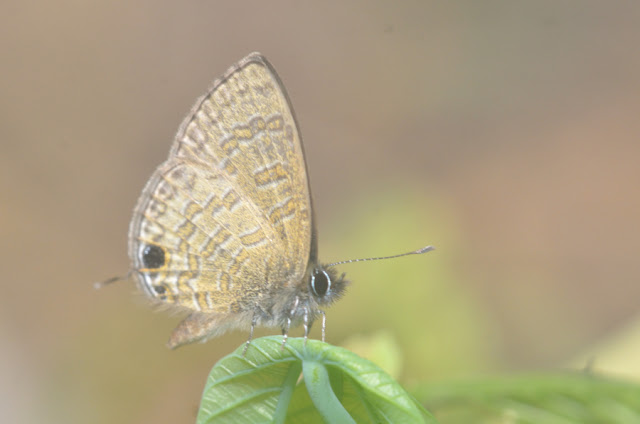 About 3 weeks later on 26 Dec, a fellow BC member CA found a small colony of puddling BLB at another site which is somewhere south of the two known locations.

Thanks to CH for giving me a ride to Bukit Brown in the morning on 27 Dec to look for the BLB.  After some effort of figuring out the "new" location on the Google Map, we finally found one BLB puddling on a dirt track. 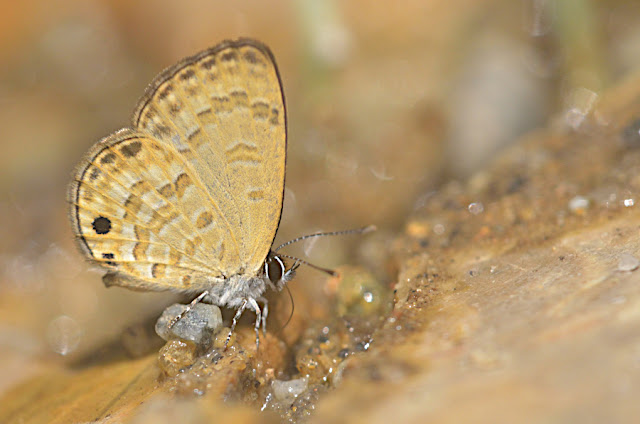 Though occasionally it fluttered and disappeared in the canopy, quite often it came back again, staying on the moist sandy ground for us to shoot. 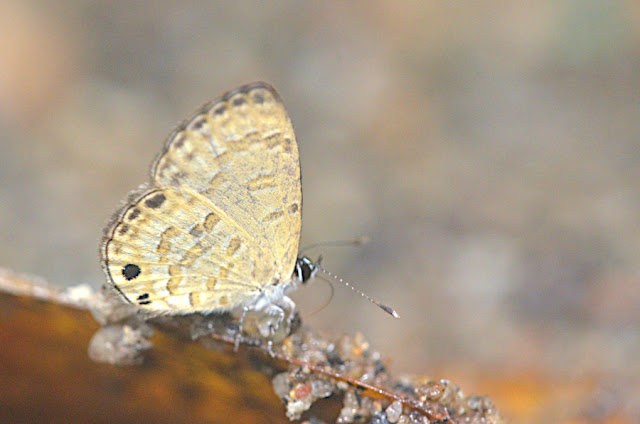 There was a large number of larvae of the Maylan Eggfly (Hypolimnas anomala anomala) and pristine adults fluttering in the vicinity of its host plant. 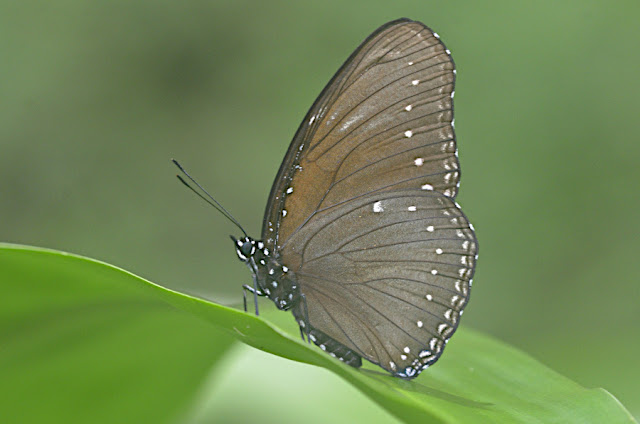 One of those Line Blues caught my attention when it was puddling on a pile of sand. After taking some shots, I noticed that this is a Tailess Line Blue (Prosotas dubiosa lumpura). 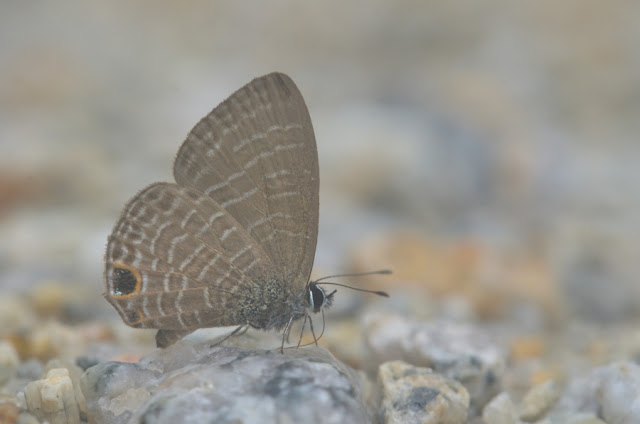 Apart from the scenic greenery and many tall trees with climbers engulfing this secluded area,  the site offers us good opportunity of finding and photographing butterflies and perhaps other critters. 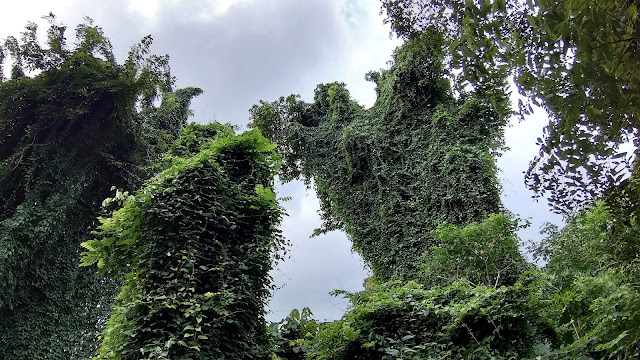 With the Covid-19 pandemic inflicting losses in life and affecting livelihood in almost every part of the world,  Year 2020 is disastrous for some and surely unforgettable for everyone. Many countries and regions are still grappling with the increasing number of deaths, severe economic impacts brought about by restrictions of cross-border movement and social interactions. I believe that with wisdom, unity, co-operations and a common goal in mind, mankind will overcome this crisis and win the fight against the pandemic to some extent in Year 2021.

I wish everyone a happy, fruitful and healthy 2021.