Wising all Chinese readers of the blog a happy and healthy lunar new year.


Some FB posts of the Malayan Jester (Symbrenthia hippoclus selangorana) caught my attention some weeks ago. It was spotted at the Dairy Farm Park so I decided to find out on a fine Sunday morning (27 Jan). Indeed, the moment I arrived at Car Park B, I did see a solitary Jester flitting around and occasionally trying to puddle on the ground. But it was too skittish for me to get a shot and it preferred to stay at the canopy level.


Instead of waiting for it to appear again, I decided to explore the Wallace Trail - but it was disappointing so I decided to turn back to Car Park B.

Noticing a few orange skippers sunbathing on grasses, I focused on this small Detached Dart (Potanthus trachala tyleri) instead. 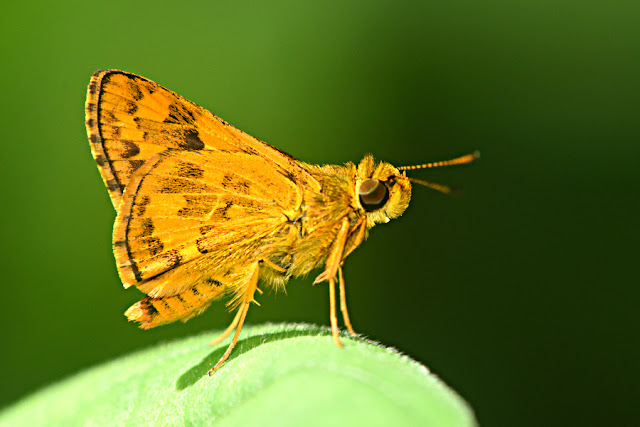 Shortly after it settled on a perch, it had the tendency to open its wings. 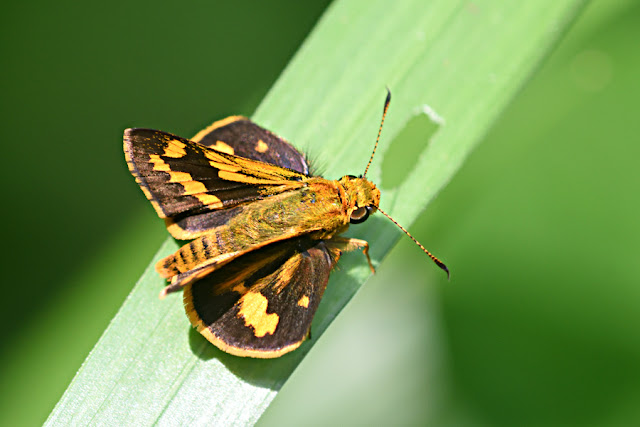 I adjusted my shot slightly. 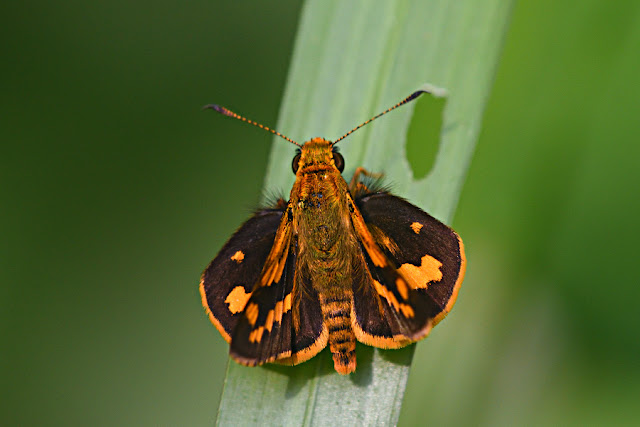 There were too many people moving around the toilet area, so I walked towards Car Park A . Along the way, I bumped into a Malayan Sunbeam (Curetis santana malayica) resting under a leaf. 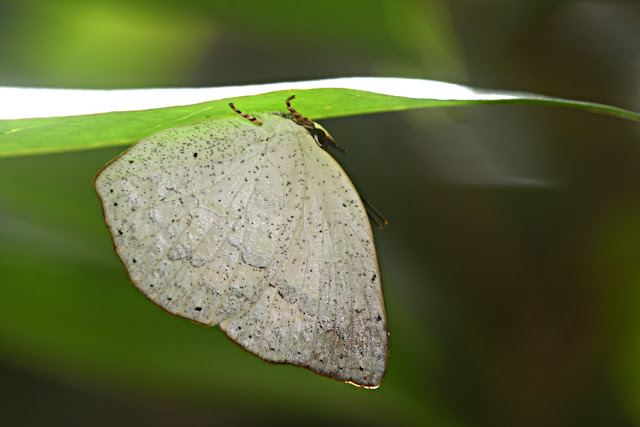 The sky was getting cloudy, so I went back  to Car Park B again and hung around at the toilet area, waiting for the Jester to appear. In the mean time, a female Common Posy (Drupadia Ravindra moorei). 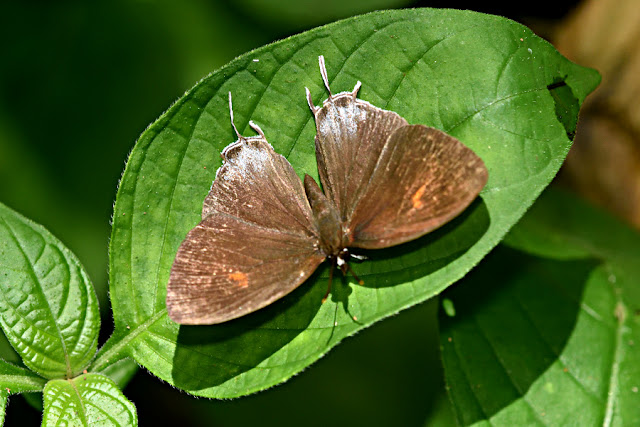 Finally, a rather pristine Malayan Jester was seen flitting around and puddling on the ground occasionally. It was extremely skittish, never staying still for me to compose a close-up shot. This was the only decent shot when it landed a few meters away from me. In fact, this was my second sighting of this rare species after 7 years. 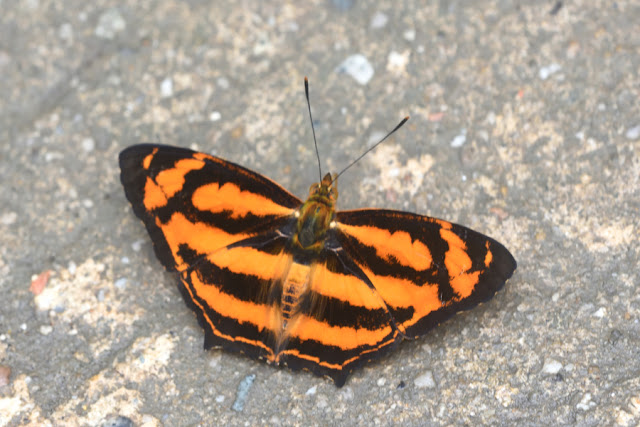 After shooting the Jester, I noticed a docile Grass Demon (Udaspes folus) was hiding among some leaves. I got to push aside the obstructions to snap a few shots. 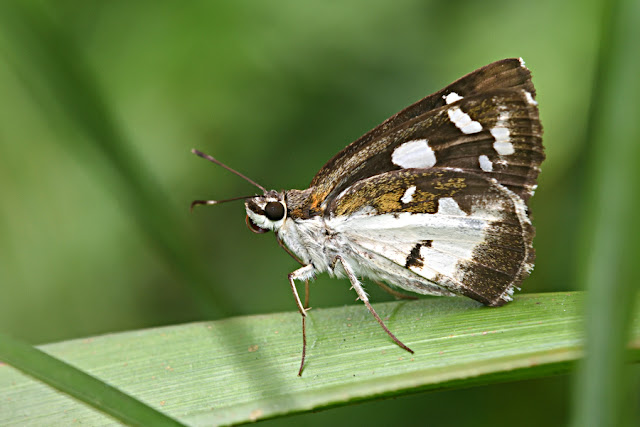 Shooting from the top when it decided to open its wings partially. 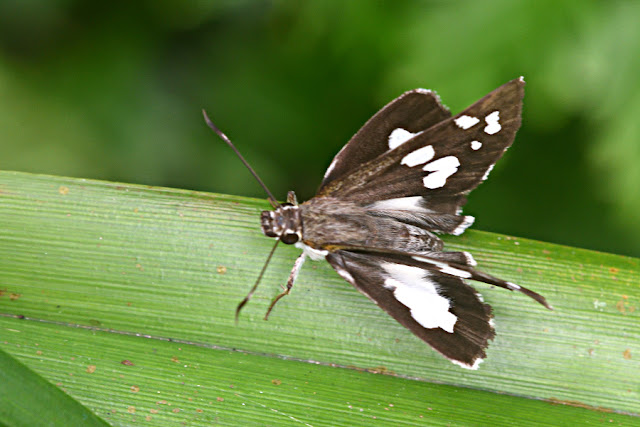 Before I went back home, I took a last look at an open area just beside the Wallace Education Centre. A Malayan Eggfly (Hypolimnas anomala anomala) was found resting on some ferns.  The life history of this species has been well documented here 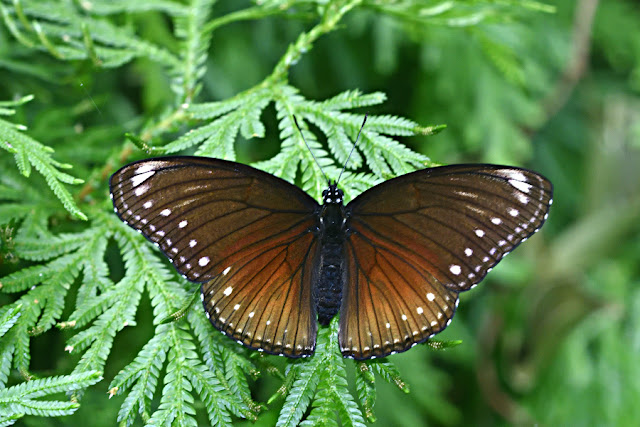 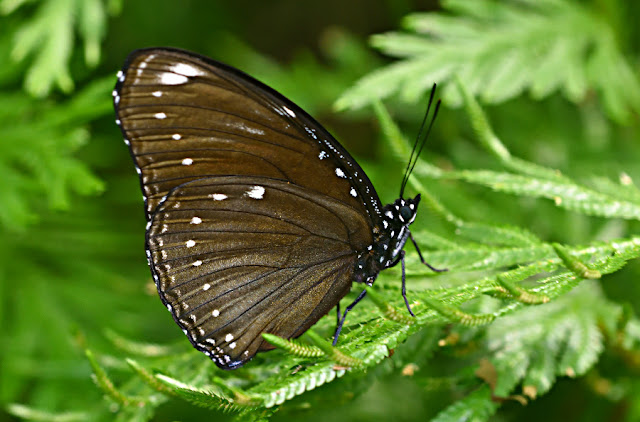