From Mandai to Bukit Panjang

A long hike from Mandai to Bukit Panjang on 1 Aug after a morning shower was part of my preparation for a mountain-climbing trip to Shangdong Province in late August. Very few butterflies were spotted while I was strolling towards BKE. A row of Snakeweed (Stachytarpheta indica) caught my attention the moment I walked past the expressway beneath it. The purple bloom attracted a few butterflies fluttering around them.

An alert and active brown skipper identified by Dr Seow as the Caltoris philippina phillippina never stayed still on the flowers. 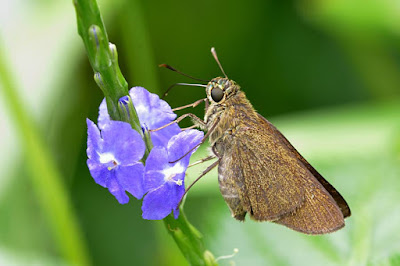 Once it perched on a leaf, I quickly snapped  a few shots before it scooted off again. 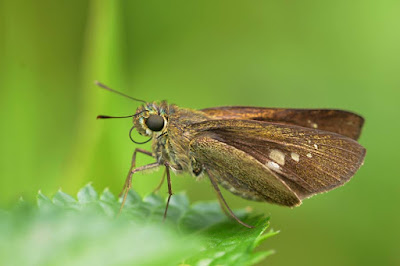 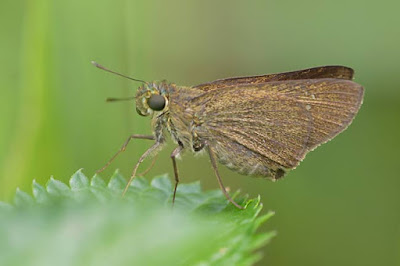 There was another brown skipper flitting around at the same time. I could only focus on the Lancer and lost track of where it had gone. Here is the only shot I had - a female Borbo cinnara. 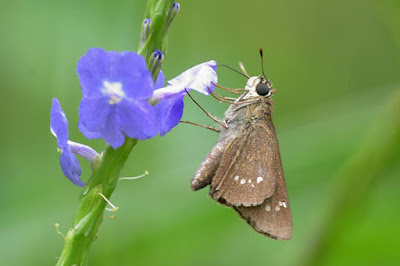 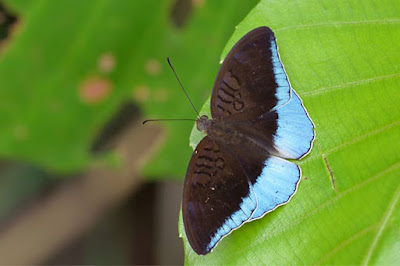 On a patch of shady and moist ground, a Malay Viscount (Tanaecia pelea pelea) appeared to look for a sweet spot for puddling. 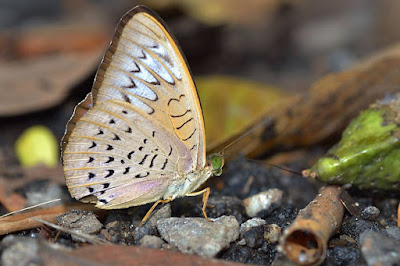 This was another specimen which preferred to puddle on a dry leaf. 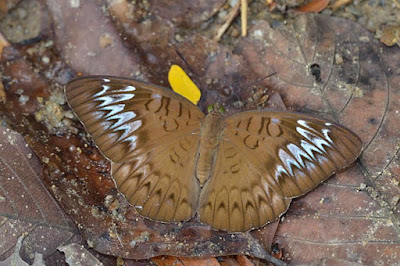