Some weeks ago, CH from the ButterflyCircle sighted and posted a shot of a very rare (in Singapore) butterfly, the Plain Lacewing (Cethosia methypsea methypsea). With great excitement, I decided to drop by Upper Seletar Reservoir (USR) Park on a late Saturday morning (13 Sept) to hunt for this rarity which I have not encountered since 2004 when I started butterfly photography.

There are three different species from the genus Cethosia in Singapore,  C hypsea ,  C. cyane and  C. methypsea being the rarest. We were excited to encounter this beautiful butterfly again since its last appearance at USR was more than a decade ago.

With some luck, a rather pristine specimen appeared and started to feed on some tiny flowers on the ground. We managed to have a few shots when it perched on a leaf for a short while. 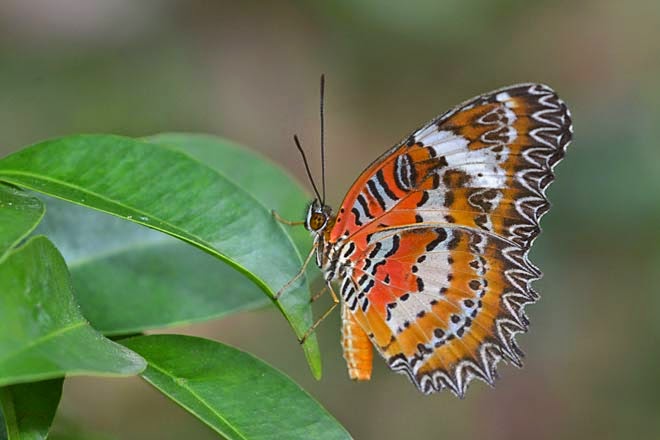 The presence of a row of small sub-marginal white spots on the forewing distinguish it  from one its closest look-alikes, the C. hypsea . 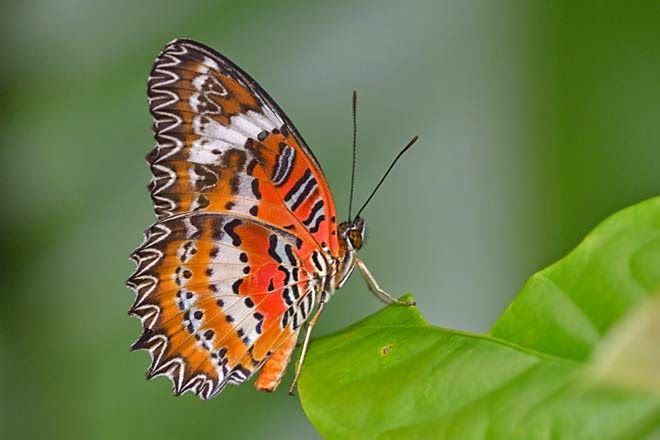 I was waiting to snap a shot of its uppersides. Unfortunately, it didn't offer me a good opportunity for a better shot. Like the other two Lacewing species, it is believed that its larval host plant is from the Passifloraceae family. 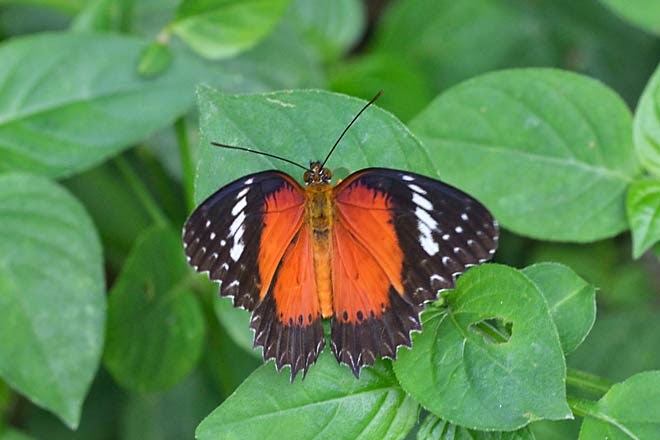 At a sunlit spot along a hedge of shrubs, a male Great Eggfly (Hypolimnas bolina bolina) kept changing its perches, testing my patience. At last, he gave in to my persistence of stalking him and stayed on the leaf for several seconds, long enough for me to compose my shots. 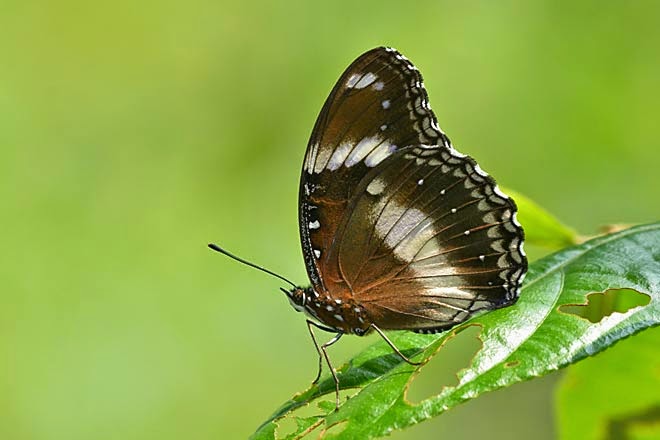 Outside the toilet, this brilliantly coloured  reddish pink dragonfly was sunbathing on a dry leaf - it looks like the Orthetrum testaceum. 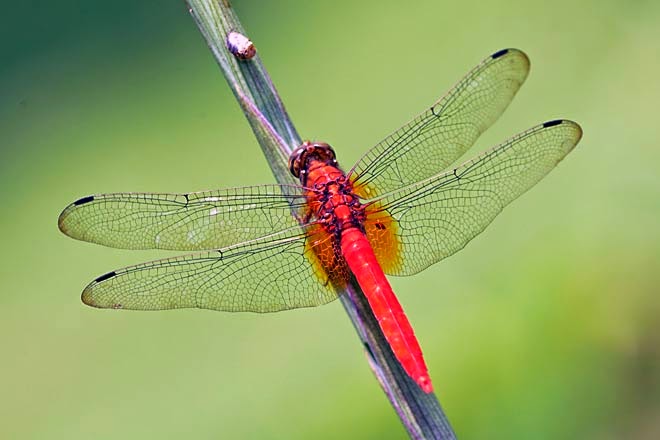