A few of us, Khew, Simon, CJ and Loke  went on a butterfly-photography trip to Mandai Track 15 on our 49th National Day.


We saw two lycaenids fluttering close to the ground. They were very skittish and I was lucky to have an instinctive shot - it turned out to be the Silver Forget-Me-Not (Catochrysops panormus exiguus). 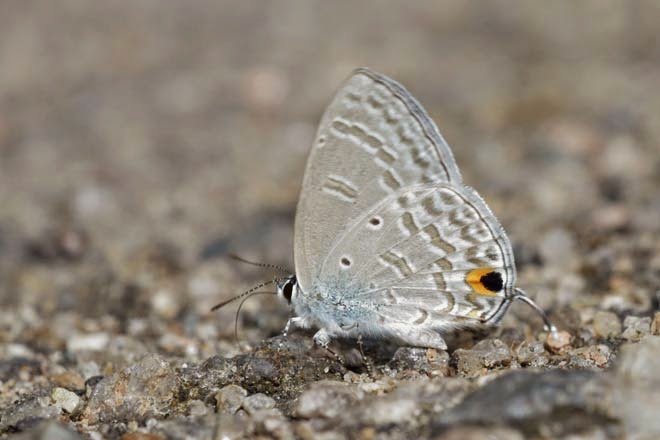 A rather tattered Arahopala was found along a tarred road before we cut through a forested trail joining Track 15. According to Dr Seow from the ButterflyCircle, it was likely a Arhopala antimuta antimuta. 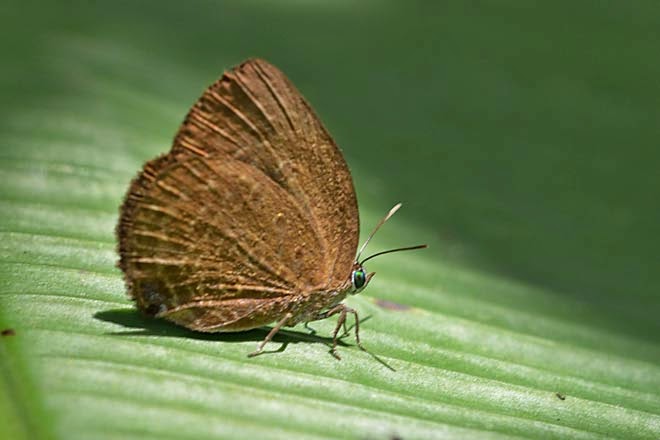 A Plain Plushblue (Flos apidanus saturatus) was found along the forested trail. A quick shot was what I could get before it scooted off and disappeared from our sight. 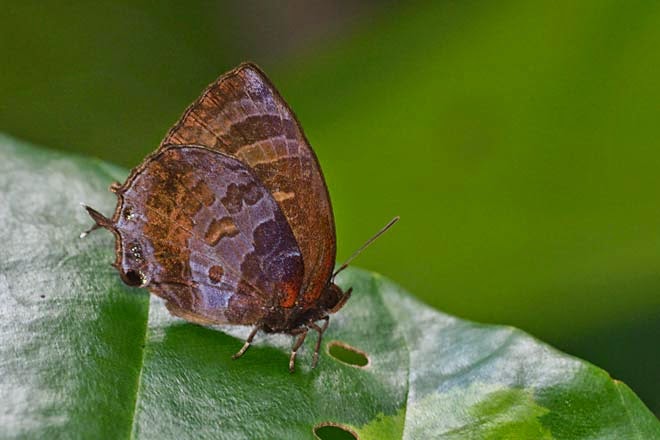 Arhopala major major seemed to be a common species along this forested trail. 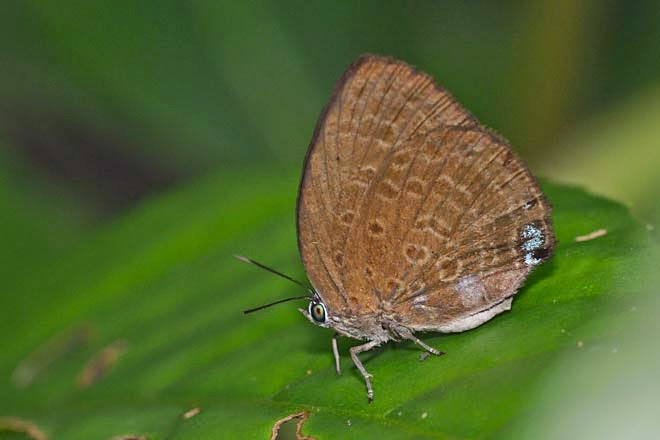 Finally we came to an open space. A Common Sailor (Neptis hylas papaja) perched on a blade of Lalang grass for quite a while that allowed  us to take some shots. . 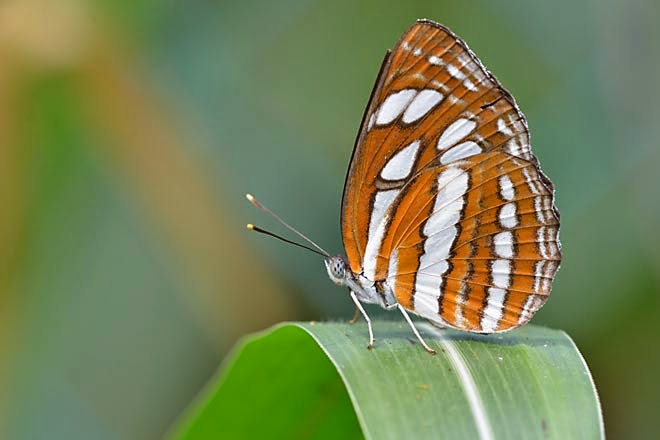 When a Peacock Pansy (Junonia almana javana) was sunbathing on a blade of grass at my kneel level, I quickly snapped a shot. 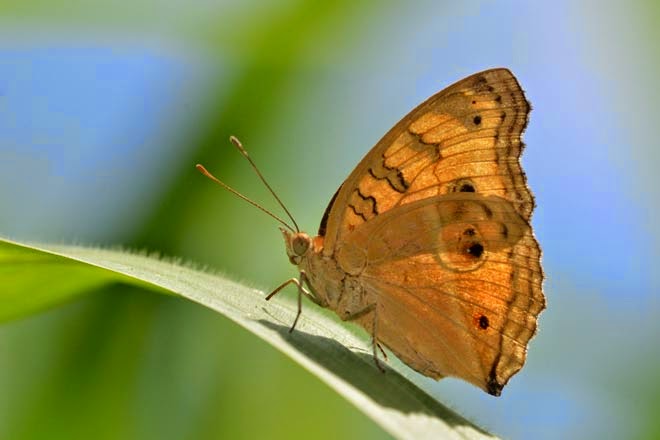 The Grey Pansy (Junonia atlites atliets) seems to have set up their permanent home nearby. There were a few of them actively roaming around us. Thanks Simon for alerting me of this surprisingly cooperative Grey Pansy. 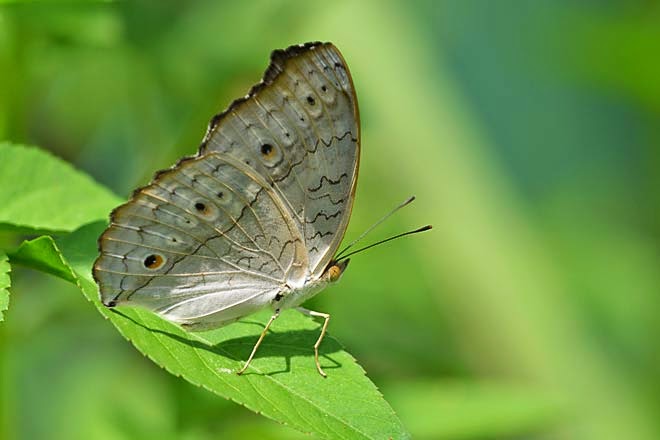 In the late morning, a female Common Mormon (Papilio demolion demolion) kept us busy for awhile. Fluttering her wings and changing her feeding position frequently, she tested our patience and gave us a hard time for getting a decent shot. 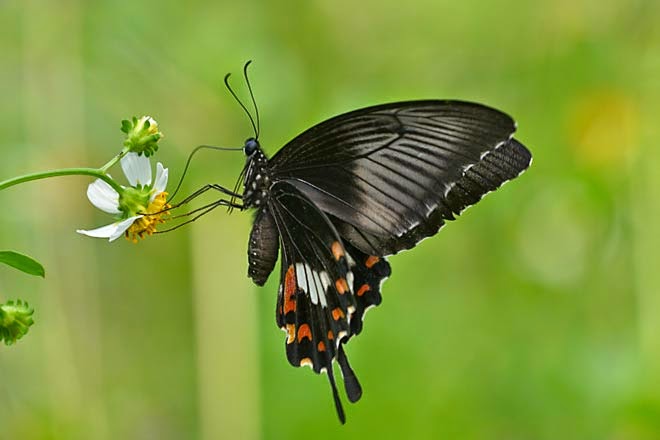 A couple of orange skippers visited the Bidens flowers but they remained active and alert even during feeding times. 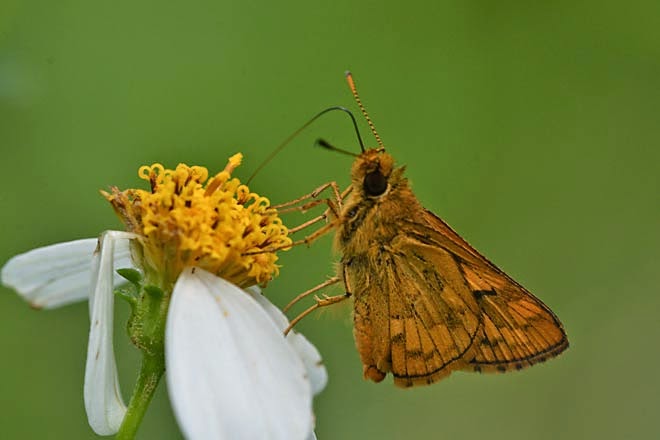 There were at least two dark brown skippers loitering around the area. Dr Seow believed that they were both female  Baoris oceia . 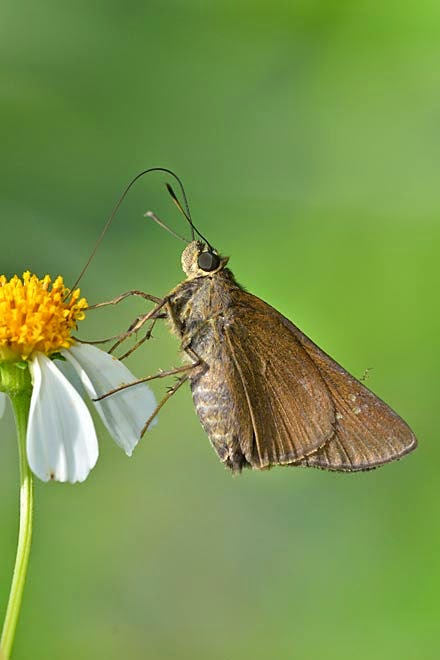 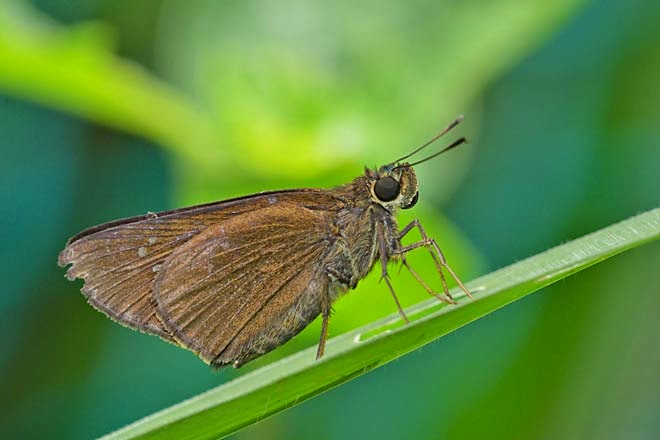