A few very hectic weeks at work caused a rather late write-up of an outing which happened on 30 Aug - the day when our Muslim friends starting a new year on their Islamic calender.
Living in a multiracial and religious country, we have the privilege celebrating a few different New Years in a year. So a public holiday means another outing for me.
I had this rare opportunity visiting a private farmland at the end of Neo Tew Lane 1 - a rather remote place for me. There were a few Blue Pansy (Junonia orithya wallacei ) butterflies frolicking and visiting Asystasia flowers on a sunny Tuesday morning. 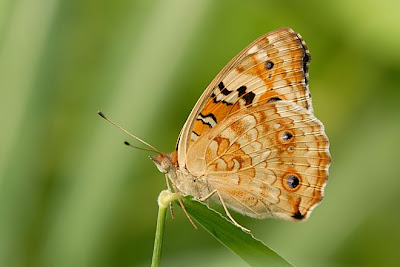 Another shot of this pretty female Blue Pansy. 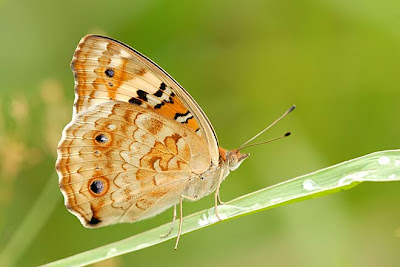 Please don't kill this black and spiky-looking caterpillar if you see one in the field. Yes, this harmless critter would become a beautiful Blue Pansy butterfly in a few weeks' time. 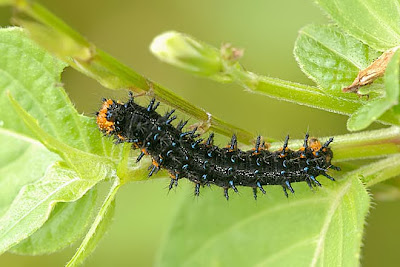 All the four Pansy butterflies that are "residents" of Singapore could be found on this farm land. A lonely Grey Pansy (Junonia atlites atlites) was found in its typical behaviour - skittish and gliding flights with short perches in between. I was lucky to snap a quick shot when it posed in front of me. 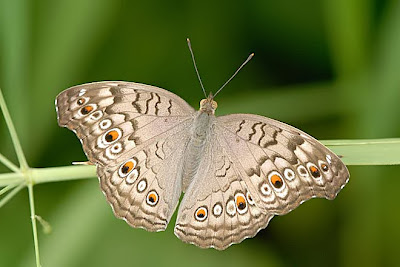 I also spotted at least two Yellow Palm Darts (Cephrene trichopepla) zipping around and feeding on the blooms of Asystasia. 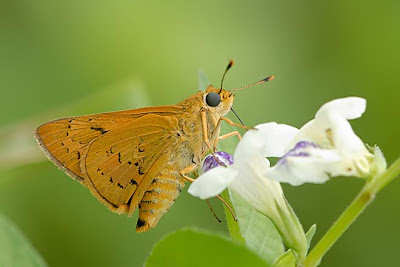 A well-camouflaged grasshopper or is it a katydid ? How do we differentiate them by their appearance ? 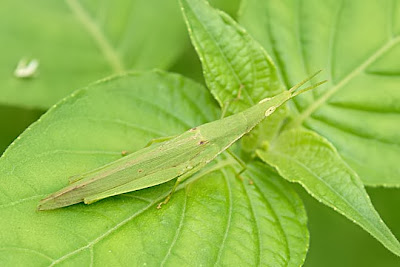 In fact, there were two of them nearby each other. 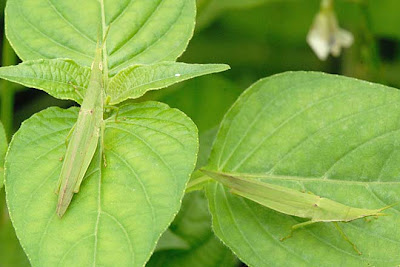 I guess this is a grasshopper's nymph resting on a grass blade full of morning dew. 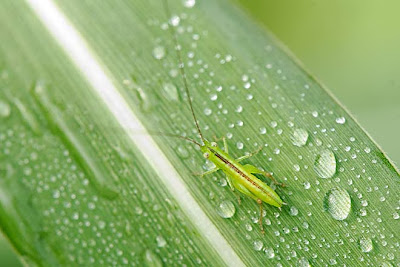 Outside the perimeter of this huge farmland is a reservoir - I have not found out the name yet. Along the way to the reservoir, I got a few shots of this orange skipper resting on a grass blade. Seow from BC identified it as potanthus ganda. It is a pity that I didn't have a chance to take any upperside shot to further confirm the name of this skipper. 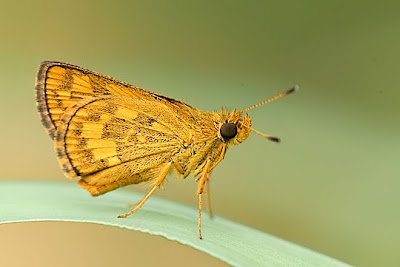 A Common Sailor (Neptis hylas papaja) crossed my path and landed. While flapping its wings slowly, I squeezed off a few shots to capture this moment. 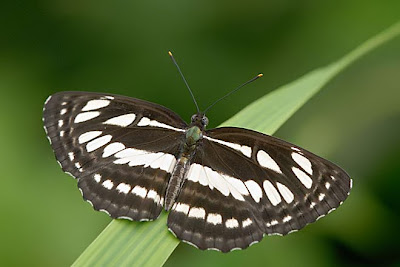 Finally, I realised that I got a long-distance record shot of a large brown skipper, perhaps a Great Swift (Pelopidas assamensis). It took off quickly and disappeared in the canopy level. 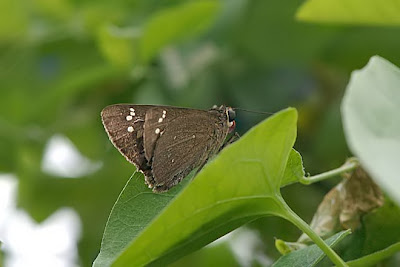 I am not sure when I will visit this "remote" farmland again. The surrounding areas of the reservoir look promising for butterfly watching and macro-photography.
Posted by Federick Ho at 9:30 AM