The forest ground was damp, covered with fallen leaves. Not a surprise to me for the predawn thunderstorm had bestowed the tranquil and serene forest with a new lease of life.
A solitary Common Caerulean ( Jamides celeno aelianus) was at the entrance of the trail flitting along the forest path but soon it got intoxicated by the bird droppings. 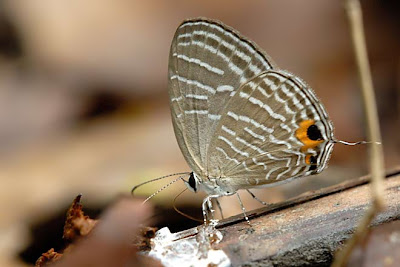 At one of my favourite spots near the reservoir edge, I was delighted to notice movement of life. Dr Seow from the ButterflyCircle identified this brown skipper to be Parnara ganga - a species that I have never encountered nor shot before. We could vaguely see the three faint spots in space 2, 3 and 4. on the hindwing underside. 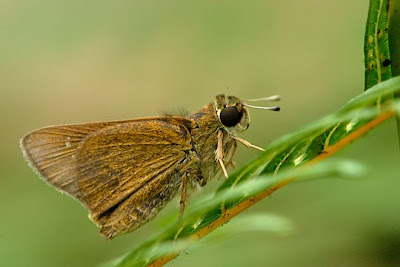 He further explained that the ground colour of this species is ochreous brown and the larger spot in space 2 on the forewing upperside is square-shaped and the smaller spot in space 3 is longish instead. 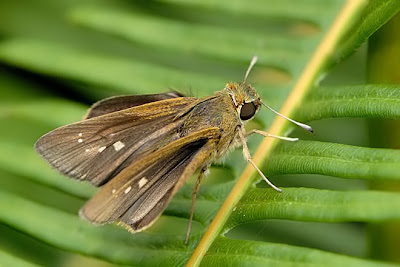 I think the most important characteristic that I failed to observe was a pair of short and whitish antennae that many other brown skippers do not have. 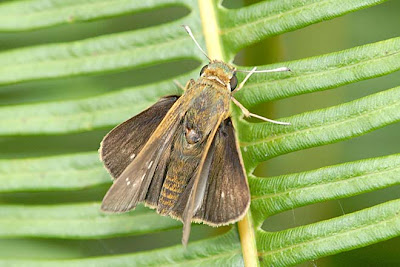 At the same vicinity of the Parnara ganga, I noticed a mating pair of the Contiguous Swift (Polytremis lubricans lubricans). The female was on the right which has a lighter ground colour. 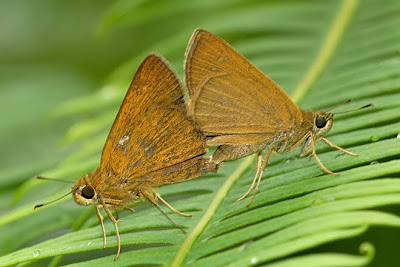 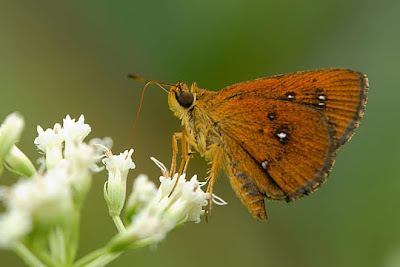 At times, it also preferred basking under the morning sun, absorbing the heat to warm itself. 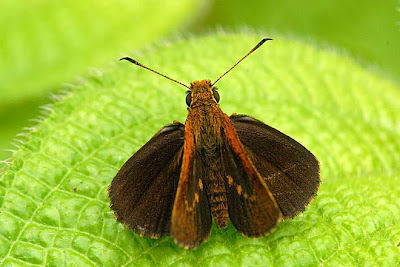 Once again, I had identified the species wrongly as Telicota besta bina. This is a Palm Dart (Telicota augias augias) instead as the veins across the band are not faintly darkened as in the case of T. besta bina. 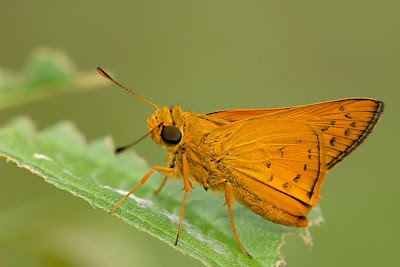 This Yamfly (Loxura atymnus fuconius) was flitting around the flowers but chose to rest on a fern instead. I was lucky that it remained cooperative for a few seconds. 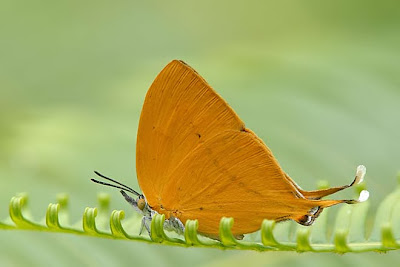 It was a pity that the left forewing tip of this female Cruiser (Vidula dejone erotella) was chipped otherwise this would be my best shot of a female Cruiser. 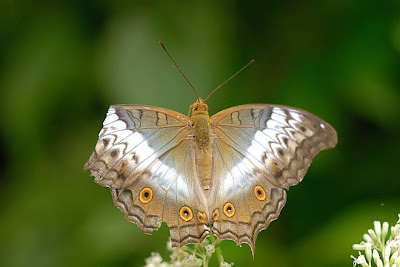 The fact that the forewing sub-marginal spot in space 3 appears to be larger than the rest of its adjacent spots suggests that it is a Malayan Lascar (Lasippa tiga siaka) which was first seen feeding at the canopy level. It came down after some time. 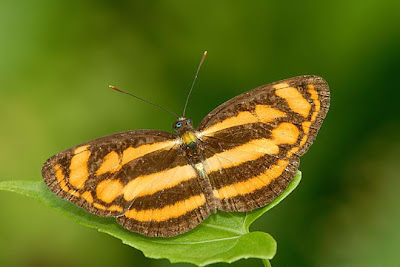 Another one or two Lascars were flitting and feeding from flowers to flowers - I could not tell the difference until I looked at the image on the viewfinder. This is a Parak Lascar (Pantoporia paraka paraka). 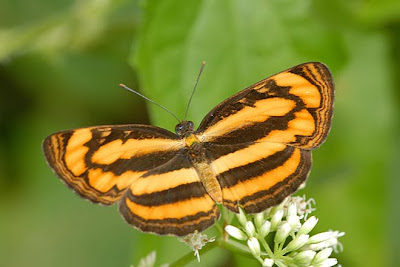 I guess this is the underside of a Parak Lascar when it was feeding on some Mile-a-Minute flowers high up. 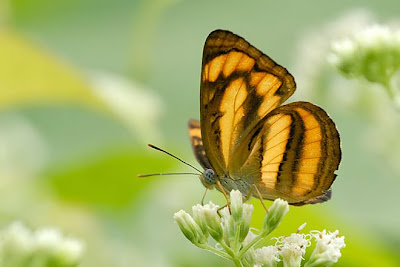 This wasp with a pair of short antennae in orange colour was feeding voraciously on the flowers. A fierce fellow occasionally would chase other smaller bees away. 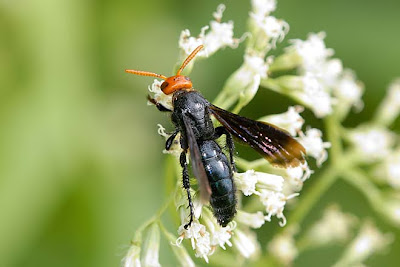 On my way out along a shady trail, a rather tame Chocolate Grass Yellow (Eurema sari sodalis) was taking an afternoon nap. 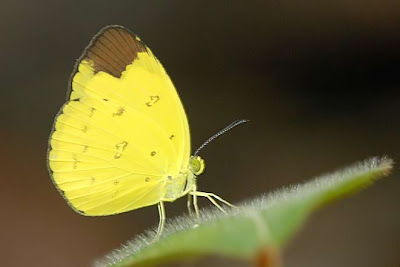 What a fruitful outing for me !
Posted by Federick Ho at 9:05 PM