On 26 Feb, a group of ButterflyCircle (BC) members gathered at a coffee shop near the Changi Point Jetty for breakfast. By 9 am, we were ready to board the bumboat to Pulau Ubin.
Ubin's weekends have always been teeming with people these days - a convincing proof to the authority that we should preserve Ubin as it is because citizens and foreigners alike prefer weekend hideouts in an unspoilt natural environment to relax and recharge themselves.

I was attracted by a bunch of showy pink flowers outside the Ubin Volunteer Centre. These flowers look like Rose Myrtle (Rhodomyrtus tomentosa) 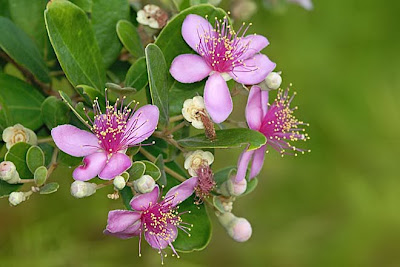 I stopped at a grass patch opposite the Nparks nursery. An orange skipper was resting quite tamely in a shade. Not knowing what it was, I still approached closer and took some shots. 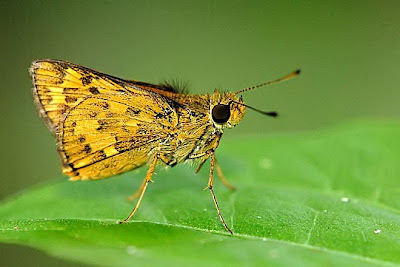 Whenever there was a chance I would try to take a shot of the upperside which is useful for identifying the species. Using elimination method, I concluded that this is likely a Detached Dart (Potanthus trachala tytleri) - a newly re-discovered species. 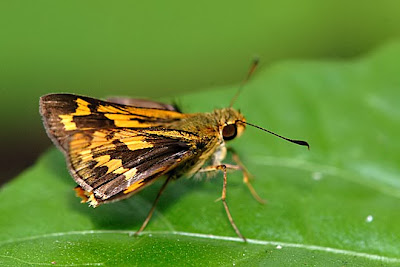 This is another brown skipper - a Caltoris species behaving rather lethargically. 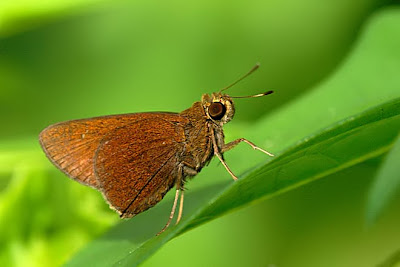 I noticed a very pristine Malay Viscount (Tanaecia pelea pelea) testing the ground for its preferred puddling spots. Finally, it settled on a dry leaf for a while. 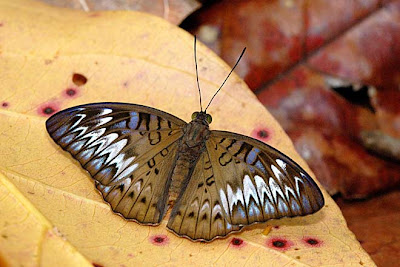 This black-and-yellow wasp was feeding on the Leea indica flowers. I guessed in a few days' time, there would be a lot more flowers on the same tree. 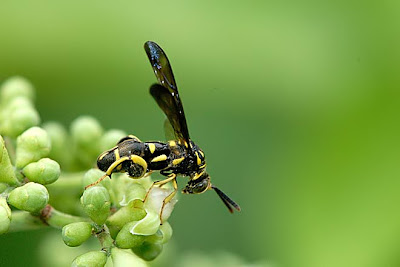 A pair of Ancyra Blue (Catopyrops ancyra) was also fluttering around the Leea indica flowers. Rather skittish initially, but with our patience of waiting they got used to our presence, happily feeding on a tiny flower. 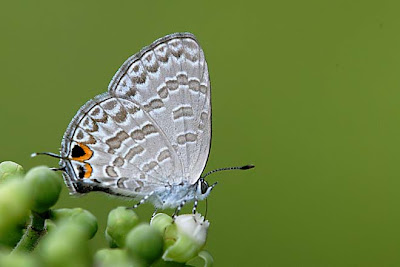 I wondered why the Butterfly Hill was exceptionally quiet. Where had all the Tigers gone to ? While on my way to the Sensory Trail, I passed by a grass patch where we encountered at least half a dozen Blue Glassy Tigers (Ideopsis vulgarismacrina ) feeding on the small flowers. 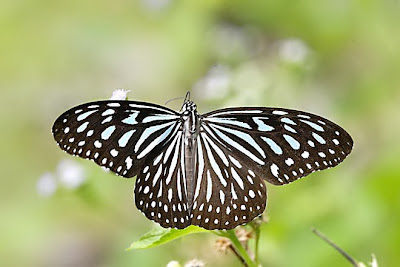 No wonder so few Tigers were found on the Butterfly Hill - they preferred a new diet. I was quite surprised to see so many Tigers fluttering amongst these White Weeds (Ageratum conyzoides). 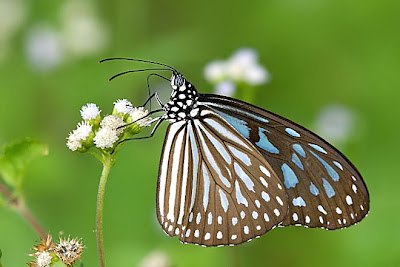 I hope I have identified, at least the genus of this wild weed correctly. I realised that Ageratum conyzoides belongs to the Asteraceae family - ok, now I understand because many butterflies and other insects like to feed on flowers from this family. 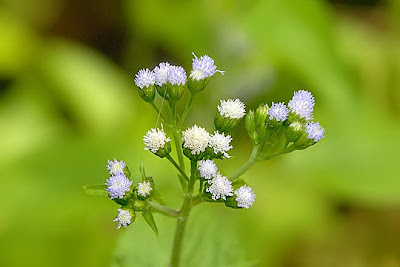 In part 2, I will tell you why this was a very fruitful outing for me and BC members.
Posted by Federick Ho at 6:55 PM